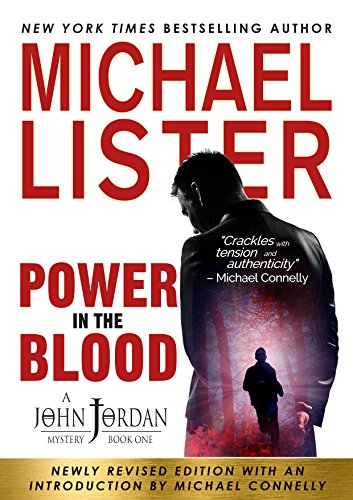 NEWLY REVISED with an Intro by Michael Connelly

Was it murder, accident, or suicide?

A baffling case. A brilliant detective.

Ex-cop John Jordan, now a prison chaplain in the Florida Panhandle, witnesses the bloody death of Potter Correctional Institution inmate Ike Johnson. But what exactly did he witness? Murder, accident, or suicide? Jordan discovers that in the closed society of captives and captors no act goes unseen, and no one takes kindly to a cop in a collar. He soon finds his reputation, his career, and even his life are at stake.

If you like exciting, gritty, thoughtful mysteries, you’ll love Michael Lister’s POWER IN THE BLOOD.

“It is refreshing to read such a well thought out and well written novel. If you are a fan of mystery novels, you will like this one. With a complex plot where not all is as it seems, Chaplin John Jordan is asked to assist in an investigation of an inmates death. His journey takes him to the depth of the prison’s darker side and the world beyond the prison itself. An excellent story line and interesting characters makes this well worth your time to read.” ★★★★★5 star Amazon review

Don’t miss a single second of this brilliant, breathtaking series.