by Craig A. Falconer 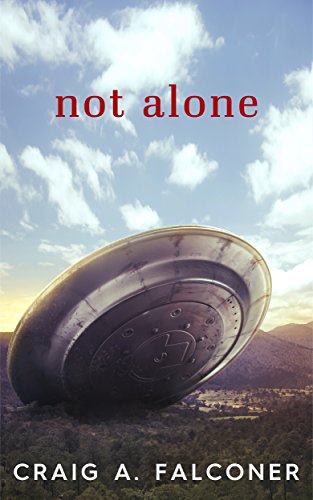 When Dan McCarthy stumbles upon a folder containing evidence of the conspiracy to end all conspiracies — a top-level alien cover-up — he leaks the files without a second thought.

The incredible truth revealed by Dan’s leak immediately captures the public’s imagination, but Dan’s relentless commitment to exposing the cover-up and forcing disclosure quickly earns him some enemies in high places.

For his whole life, Dan McCarthy has searched for a reason to believe. Now that he finally has one, he might soon wish he didn’t…

Not Alone is a standalone tale of contact and disclosure for the 21st century. [Print length: 742 pages]

“the most remarkable science fiction theme in a long while”

Enjoy Craig A. Falconer’s Books? Tell us Why and Win a Free Book!
Authors and Publishers: How to Sponsor Kindle Nation Daily