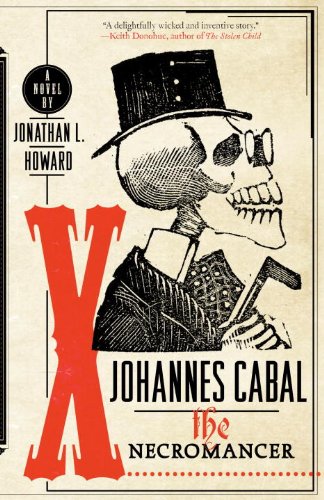 Johannes Cabal is a proper steampunk turn of the century gentleman. He has a worldly demeanor, bone dry wit and refined tastes, and also happens to be a necromancer. Fans of supernatural fiction and alternative history with generous doses of dark humor (think Jonathan Strange and Mr. Norrell) are sure to love the Johannes Cabal series.

A charmingly gothic, fiendishly funny Faustian tale about a brilliant scientist who makes a deal with the Devil, twice.

Johannes Cabal sold his soul years ago in order to learn the laws of necromancy. Now he wants it back. Amused and slightly bored, Satan proposes a little wager: Johannes has to persuade one hundred people to sign over their souls or he will be damned forever.

This time for real. Accepting the bargain, Jonathan is given one calendar year and a traveling carnival to complete his task. With little time to waste, Johannes raises a motley crew from the dead and enlists his brother, Horst, a charismatic vampire to help him run his nefarious road show, resulting in mayhem at every turn. 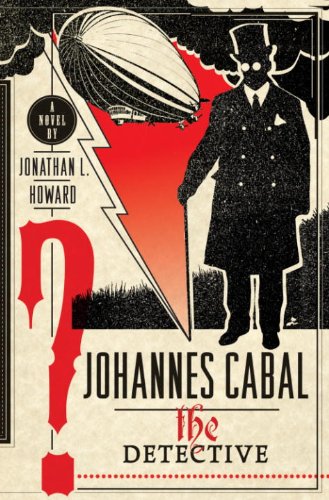 Johannes Cabal, necromancer of some little infamy, returns in this riotously clever and terrifically twisted tale of murder and international intrigue.

In this genre-twisting novel, infamous necromancer Johannes Cabal, after beating the Devil and being reunited with his soul, leads us on another raucous journey in a little-known corner of the world. This time he’s on the run from the local government.

Stealing the identity of a minor bureaucrat, Cabal takes passage on the Princess Hortense, a passenger aeroship that is leaving the country. The deception seems perfect, and Cabal looks forward to a quiet trip and a clean escape, until he comes face-to-face with Leonie Barrow, an enemy from the old days who could blow his cover. But when a fellow passenger throws himself to his death, or at least that is how it appears, Cabal begins to investigate out of curiosity. His minor efforts result in a vicious attempt on his own life—and then the gloves come off.

Cabal and Leonie—the only woman to ever match wits with him—reluctantly team up to discover the murderer. Before they are done, there will be more narrow escapes, involving sword fighting and newfangled flying machines. There will be massive destruction, not to mention resurrected dead . . .

Steampunk meets the classic Sherlockian mystery in this rip-roaring adventure where anything could happen . . . and does. 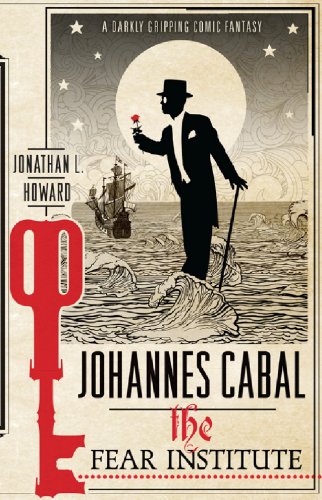 Beyond the wall of sleep lies the Dreamlands, a world formed by dreams, but not a dream itself. For countless millennia, it has been explored only by those with a certain detachment from mundane reality, its strange seas navigated and its vast mountains climbed by philosophers, mystics, and poets. Well, those halcyon days are over, beatniks.

Cabal, a necromancer of some little infamy, is employed by the mysterious Fear Institute to lead an expedition into the Dreamlands, an expedition to hunt and destroy the dread Phobic Animus, the font of terrors, the very source of all the world’s fear. They will enter exotic lands where magic is common and monsters abound. Cabal will encounter witches, vile abominations, and far too many zebras.

And, when they finally come close to their goal, Cabal will have to face his own nightmares. But for a man who communes easily with devils and the dead, surely there is nothing left to fear. . . .

“Howard’s affectionate, witty homage to Lovecraft’s dream stories, complete with early-20th-century setting and language, is an enjoyably macabre comic adventure, and his antihero Cabal is, for all his overweening self-confidence, an engaging protagonist whose heart is not quite as hard as he would like to pretend.” —Publishers Weekly

“Howard’s characters, relentless imagination, twisting plotlines, and use of language make the Johannes Cabal series a real pleasure to read, and The Fear Institute is the best Cabal yet.” —Richard Kadrey, author of the Sandman Slim novels 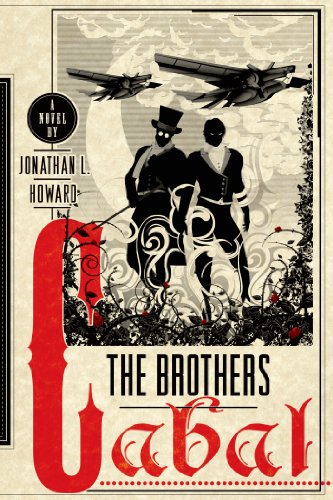 Horst Cabal has risen from the dead. Again. Horst, the most affable vampire one is ever likely to meet, is resurrected by an occult conspiracy that wants him as a general in a monstrous army. Their plan: to create a country of horrors, a supernatural homeland. As Horst sees the lengths to which they are prepared to go and the evil they cultivate, he realizes that he cannot fight them alone. What he really needs on his side is a sarcastic, amoral, heavily armed necromancer.

As luck would have it, this exactly describes his brother.

Join the brothers Cabal as they fearlessly lie quietly in bed, fight dreadful monsters from beyond reality, make soup, feel slightly sorry for zombies, banter lightly with secret societies that wish to destroy them, and–in passing–set out to save the world.*

*The author wishes to point out that there are no zebras this time, so don’t get your hopes up on that count. There is, however, a werebadger, if that’s something that’s been missing from your life. 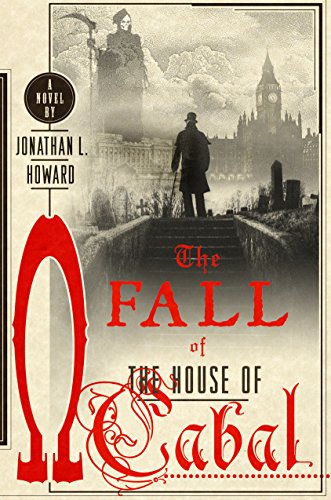 Johannes Cabal, a necromancer of some little infamy, has come into possession of a vital clue that may lead him to his ultimate goal: a cure for death. The path is vague, however, and certainly treacherous as it takes him into strange territories that, quite literally, no one has ever seen before. The task is too dangerous to venture upon alone, so he must seek assistance, comrades for the coming travails.

So assisted—–ably and otherwise–—by his vampiric brother, Horst, and by the kindly accompaniment of a criminologist and a devil, he will encounter ruins and diableries, mystery and murder, the depths of the lowest pit and a city of horrors. London, to be exact.

Yet even though Cabal has risked such peril believing he understands the dangers he faces, he is still underestimating them. He is walking into a trap of such arcane complexity that even the one who drew him there has no idea of its true terrors. As the snare closes slowly and subtly around them, it may be that there will be no survivors at all.

The Fall of the House of Cabal is the fifth book in Jonathan L. Howard’s acclaimed Johannes Cabal series.

Tech Tip of the Week: Alexa 101: For Anyone Giving Or Getting An Alexa Device