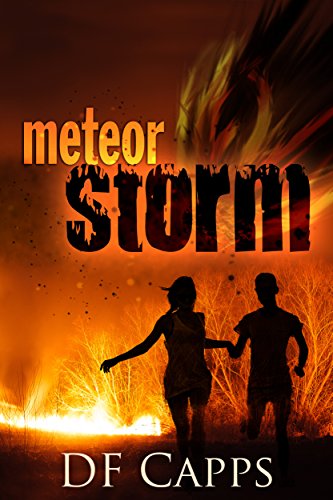 63,000 years ago, an ancient civilization existed far advanced over our own, but it was destroyed by a natural cataclysm. Now that same cataclysm is about to strike our modern world…

When Carl stumbles upon an unknown robot’s head, he manages with some effort to get it working. From the robot, Carl learns that it was created by an ancient civilization 63,000 years ago in northern India. The robot reports though, that the culture was destroyed by a meteor storm that killed all, but a thousand people planet wide.

When Carl learns that Earth is entering the same place in the galaxy where the meteor field exists, he warns people on TV, but finds himself ridiculed and ignored. To protect the world, Carl works to find out more about the ancient civilization and how to prevent a repeat of history.

To do this, Carl travels to a secret cave where the ancient technology is stored and here Carl meets a fully functioning robot from the ancient civilization. Now Carl must do everything in his power to preserve as many lives and as much of the current civilization as possible to avoid full scale destruction…

“I liked this book because it touched on the realities of our economic political system and had a significant amount of new technology that could become reality some day.
he could have described some of the problems with our government in more detail. This book would have made a great series.”

“This book has it all! It kept me glued til the last page! So surreal as to be probable! Not just apocalyptic, nor sci- fi, nor political or military thriller, nor prepper, nor conspiracy theory, nor dystopian or utopian, etc., but everything rolled into one, that hits a personal note the whole way through! I will be watching for future novels from this author, but I sure don’t know how he could top this! ”

Enjoy David Capps’s Books? Tell us Why and Win a Free Book!