The Passion Season: Book I of the Covalent Series 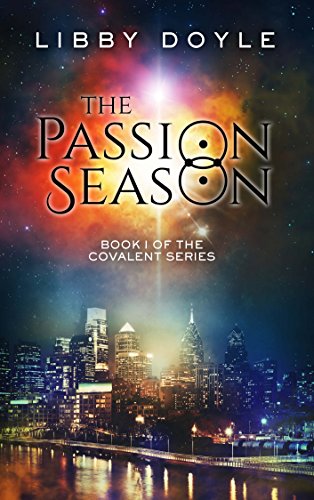 “A tale about Lucifer’s son that deftly draws in readers with engrossing characters and room for expansion.” — Kirkus Reviews

WARNING: This book contains foul language, violence, explicit sex, and descriptions of sexual violence. Adults only, please. Be aware, this is not a stand-alone novel. The story continues in The Pain Season: Book II of the Covalent Series. Release date: Halloween 2016.

A gruesome crime brings them together. Will his secrets rip them apart?

He is Barakiel. Warrior. Exile. Hopeless romantic. Barakiel is Covalent, a race of ancient beings who use their great power to keep the elemental forces of Creation and Destruction in Balance. The Covalent Council exiled Barakiel to the Earthly Realm as the price of the treachery of his father, Lucifer, who wages perpetual war against it. Lucifer also relentlessly pursues his son. The Council thinks Lucifer views his son’s power as a threat, but Barakiel knows his father seeks to destroy even the memory of love.

She is Alexandra O’Gara. FBI Agent. Army veteran. Recovering drunk. Zan’s troubled past left her with little interest in men, but she had never encountered anyone like the stunning Rainer Barakiel. Zan believes Barakiel is a wealthy businessman with expertise in edged weapons who can help her with a case. From the moment she meets him she wants him more than she’s ever wanted anything, but her intense attraction frightens her as much as it thrills her.

This is their love story. As Zan’s deepening feelings for Barakiel lead her to confront her emotional damage, he struggles to meet the demands of his home world so he will be free to love her, and to reveal his true nature. Through the gruesome crime that first brought Zan to his door, Barakiel learns that his presence in the Earthly Realm has placed some of its most vulnerable citizens in danger. Compelled to protect them, he undertakes a series of duties he may not survive, even as Zan rescues him from centuries of a deadened heart.

“If I could give any more than five stars, I would. Libby Doyle has a vivid descriptive voice, allowing the crafting of beautifully scripted romance, epic conflicts, and heart pounding action.” K.J. Simmill for Readers’ Favorite