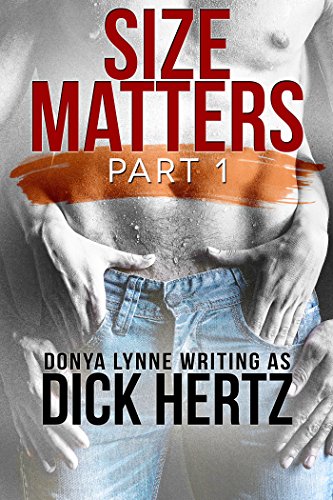 “A sexy, fun read. I love that the characters are relatable, real adults with families and careers. Can’t wait to read more!” ★★★★★5 star Amazon review

CEO, Greyson James, has a BIG problem. Below the waist, he’s more man than most women can take, which has destroyed his sex life. Just once, he would like to meet a woman who doesn’t get a load of his . . . well, load . . . and cower from him like he’s a terrifying freak of nature.

Katherine Clayton, divorcée and single mother of two, just sent her kids to California to spend summer vacation with their father. If she’s going to get wild and crazy with a man, now’s the time, because once the kids come home in August, she’ll have to be a devoted mom again.

When Greyson and Katherine spot each other inside Denver’s trendiest nightclub, the chemistry that erupts between them is undeniable, and they soon learn that each has what the other needs. But after one night of intense passion, neither is prepared for the wicked ride fate has in store for them.

As the Size Matters Serialized Novel unfolds through eight installments, Greyson and Katherine will wrestle with their feelings for one another, long-held family secrets will be revealed, and scandals neither could have imagined will rock them to the core.

Will what they’ve found in each other be enough for happily ever after? Or will one summer fling be all they share?

This book is part one of the Size Matters Serialized Novel, which will be released one per month, as follows: