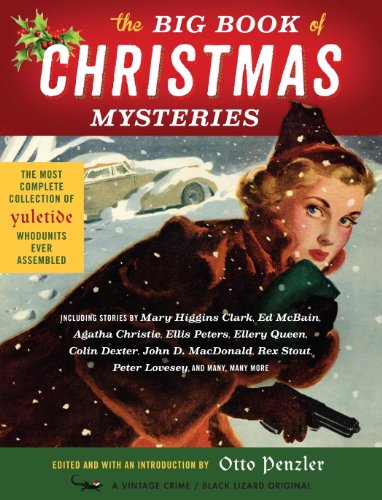 Award-winning Editor Otto Prenzler has assembled these generous collections of mystery shorts and novellas written by celebrated authors, grouped into volumes by type. Many of the stories you’ll find here haven’t been in print for decades, and can’t be found anywhere else.

Have yourself a crooked little Christmas with The Big Book of Christmas Mysteries.

Edgar Award-winning editor Otto Penzler collects sixty of his all-time favorite holiday crime stories–many of which are difficult or nearly impossible to find anywhere else. From classic Victorian tales by Arthur Conan Doyle, Robert Louis Stevenson, and Thomas Hardy, to contemporary stories by Sara Paretsky and Ed McBain, this collection touches on all aspects of the holiday season, and all types of mysteries. They are suspenseful, funny, frightening, and poignant.

Included are puzzles by Mary Higgins Clark, Isaac Asimov, and Ngaio Marsh; uncanny tales in the tradition of A Christmas Carol by Peter Lovesey and Max Allan Collins; O. Henry-like stories by Stanley Ellin and Joseph Shearing, stories by pulp icons John D. MacDonald and Damon Runyon; comic gems from Donald E. Westlake and John Mortimer; and many, many more. Almost any kind of mystery you’re in the mood for–suspense, pure detection, humor, cozy, private eye, or police procedural—can be found in these pages. 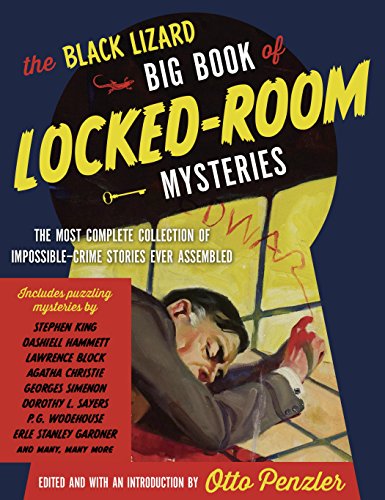 THE BLACK LIZARD BIG BOOK OF LOCKED-ROOM MYSTERIES: An empty desert, a lonely ski slope, a gentleman’s study, an elevator car—nowhere is a crime completely impossible.

Edgar Award–winning editor Otto Penzler has collected sixty-eight of the all-time best impossible-crime stories from almost two hundred years of the genre. In addition to the many classic examples of the form—a case of murder in a locked room or otherwise inaccessible place, solved by a brilliant sleuth—this collection expands the definition of the locked room to include tales of unbelievable thefts and incredible disappearances. Among these pages you’ll find stories with evocative titles like “The Flying Death”, “The Man From Nowhere”, “A Terribly Strange Bed”, and “The Theft of the Bermuda Penny”, not to mention appearances by some of the cleverest characters in all of crime, including Arthur Conan Doyle’s Sherlock Holmes, Georges Simenon’s Jules Maigret, Agatha Christie’s Hercule Poirot, Dashiell Hammett’s Continental Op, and many more.

Includes
• Edgar Allan Poe’s “The Murders in the Rue Morgue”, the first detective story and the first locked-room mystery 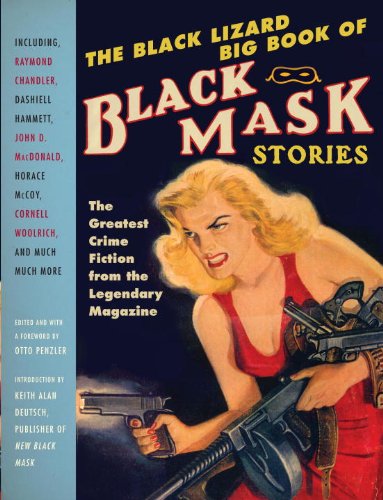 An unstoppable anthology of crime stories culled from Black Mask magazine the legendary publication that turned a pulp phenomenon into literary mainstream.

Black Mask was the apotheosis of noir. It was the magazine where the first hardboiled detective story, which was written by Carroll John Daly appeared. It was the slum in which such American literary titans like Dashiell Hammett and Raymond Chandler got their start, and it was the home of stories with titles like “Murder Is Bad Luck,” “Ten Carets of Lead,” and “Drop Dead Twice.” Collected here is best of the best, the hardest of the hardboiled, and the darkest of the dark of America’s finest crime fiction. This masterpiece collection represents a high watermark of America’s underbelly. Crime writing gets no better than this.

• Lester Dent’s Luck in print for the first time 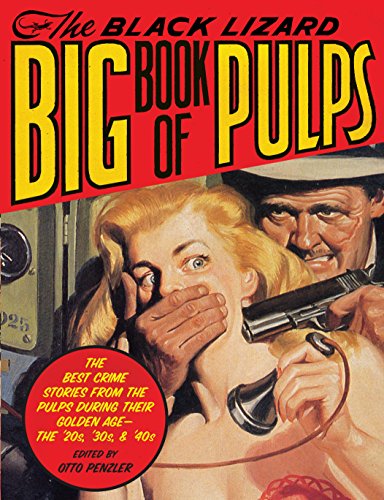 The biggest, the boldest, the most comprehensive collection of Pulp writing ever assembled.

Weighing in at over a thousand pages, containing over forty-seven stories and two novels, this book is big baby, bigger and more powerful than a freight train—a bullet couldn’t pass through it. Here are the best stories and every major writer who ever appeared in celebrated Pulps like Black Mask, Dime Detective, Detective Fiction Weekly, and more. These are the classic tales that created the genre and gave birth to hard-hitting detectives who smoke criminals like packs of cigarettes; sultry dames whose looks are as lethal as a dagger to the chest; and gin-soaked hideouts where conversations are just preludes to murder. This is crime fiction at its gritty best.

• Complete novels from Carroll John Daly, the man who invented the hard-boiled detective, and Fredrick Nebel,

one of the masters of the form.

• Every other major pulp writer of the time, including Paul Cain, Steve Fisher, James M. Cain, Horace McCoy, and many

many more of whom you’ve probably never heard.

Featuring:
• Plenty of reasons for murder, all of them good.

• The uncanny “Moon Man” and his mad-money victims. 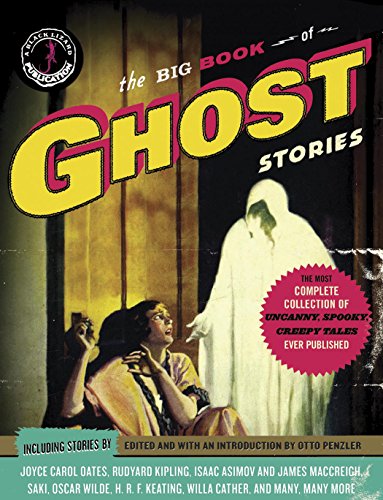 THE BIG BOOK OF GHOST STORIES is a spirited Black Lizard anthology with over a thousand pages of haunted—and haunting—tales.

The ghost story is perhaps the oldest of all the supernatural literary genres and has captured the imagination of almost every writer to put pen to the page. Here, Edgar Award-winning editor Otto Penzler has followed his keen sense of the supernatural to collect the most chilling and uncanny tales in the canon. These spectral stories span more than a hundred years, from modern-day horrors by Joyce Carol Oates, Chet Williamson and Andrew Klavan, to pulp yarns from August Derleth, Greye La Spina, and M. L. Humphreys, to the atmospheric Victorian tales of Rudyard Kipling, Edith Wharton, and H. P. Lovecraft, not to mention modern works by the likes of Donald E. Westlake and Isaac Asimov that are already classics. Some of these stories have haunted the canon for a century, while others are making their first ghoulish appearance in book form. Whether you prefer possessive poltergeists, awful apparitions, or friendly phantoms, these stories are guaranteed to thrill you, tingle the spine, or tickle the funny bone, and keep you turning the pages with fearful delight. 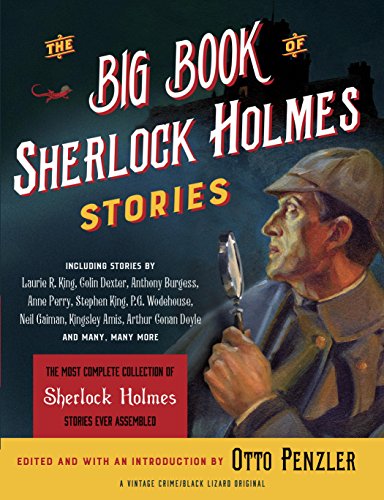 Arguably no other character in history has been so enduringly popular as Sherlock Holmes. From his first appearance, in Arthur Conan Doyle’s 1887 novella A Study in Scarlet,readers have loved reading about him—–and writers have loved writing about him.