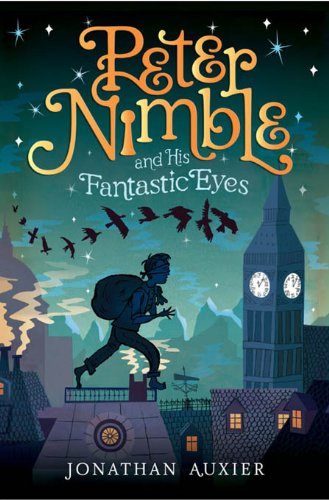 Adults and kids alike have made Jonathan Auxier’s magical, lyrical novels very popular. His bestselling debut novel and follow up have drawn comparisons to such various and celebrated authors as Neil Gaiman and Henry James—sophisticated touchstones, but these books are appropriate for kids aged 8 and up.

Peter Nimble and His Fantastic Eyes is the utterly beguiling tale of a ten-year-old blind orphan who has been schooled in a life of thievery. One fateful afternoon, he steals a box from a mysterious traveling haberdasher–a box that contains three pairs of magical eyes.

When he tries the first pair, he is instantly transported to a hidden island where he is presented with a special quest: to travel to the dangerous Vanished Kingdom and rescue a people in need.

Along with his loyal sidekick–a knight who has been turned into an unfortunate combination of horse and cat–and the magic eyes, he embarks on an unforgettable, swashbuckling adventure to discover his true destiny.

“Auxier has a juggler’s dexterity with prose that makes this fantastical tale quicken the senses.” -Kirkus Reviews 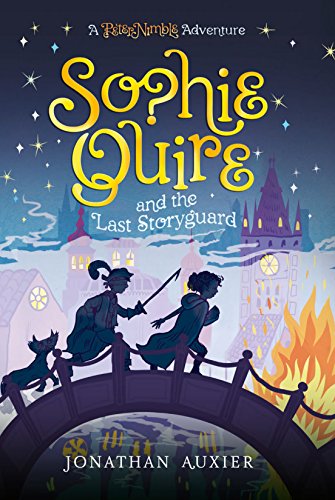 It’s been two years since Peter Nimble and Sir Tode rescued the kingdom of HazelPort. In that time, they have traveled far and wide in search of adventure. Now they have been summoned by Professor Cake for a new mission: To find a twelve-year-old bookmender named Sophie Quire.

Sophie knows little beyond the four walls of her father’s bookshop, where she repairs old books and dreams of escaping the confines of her dull life. But when a strange boy and his talking cat/horse companion show up with a rare and mysterious book, she finds herself pulled into an adventure beyond anything she has ever read. 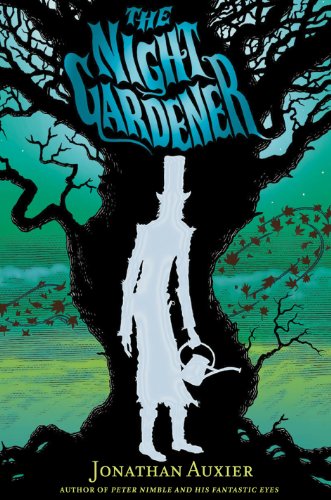 This much-anticipated follow-up to Jonathan Auxier’s exceptional debut, Peter Nimble and His Fantastic Eyes, is a Victorian ghost story with shades of Washington Irving and Henry James.

More than just a spooky tale, it’s also a moral fable about human greed and the power of storytelling. The Night Gardener follows two abandoned Irish siblings who travel to work as servants at a creepy, crumbling English manor house.

But the house and its family are not quite what they seem. Soon the children are confronted by a mysterious spectre and an ancient curse that threatens their very lives.

With Auxier’s exquisite command of language, The Night Gardener is a mesmerizing read and a classic in the making.