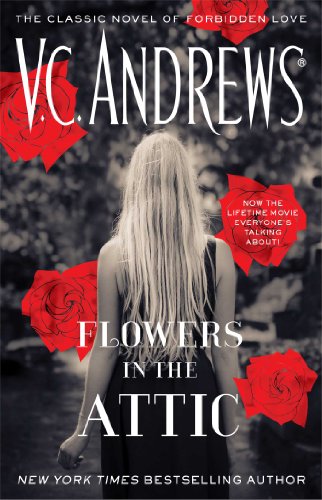 In the hugely bestselling Flowers in the Attic series, scandalous secrets, lies and betrayals color the lives of four generations of the Dollanganger family.

A major Lifetime movie event—the novel that captured the world’s imagination and earned V.C. Andrews a fiercely devoted fanbase. Book One of the Dollanganger Family series.

At the top of the stairs there are four secrets hidden. Blond, beautiful, innocent, and struggling to stay alive…

They were a perfect family, golden and carefree—until a heartbreaking tragedy shattered their happiness. Now, for the sake of an inheritance that will ensure their future, the children must be hidden away out of sight, as if they never existed. Kept on the top floor of their grandmother’s vast mansion, their loving mother assures them it will be just for a little while. But as brutal days swell into agonizing months and years, Cathy, Chris, and twins Cory and Carrie realize their survival is at the mercy of their cruel and superstitious grandmother…and this cramped and helpless world may be the only one they ever know.

Book One of the Dollanganger series, followed by Petals in the Wind, If There be Thorns, Seeds of Yesterday, and Garden of Shadows. 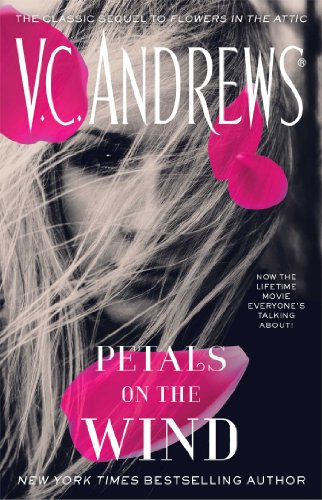 For Carrie, Chris and Cathy the attic was a dark horror that would not leave their minds.

Of course mother had to pretend they didn’t exist and grandmother was convinced they had the devil in them.

But that wasn’t their fault. Was it?

Cathy knew what to do. She knew it was time to show her mother and grandmother that the pain and terror of the attic could not be forgotten…Show them. Show them — once and for all.

One Amazon reviewer says:
“After the abuse that the surviving Foxworth children suffered, readers will want to know if they can ever lead a normal life. It’s a good examination of how a family might deal with the legacy of abuse if they’ve finally escaped from the perpetrators. Will they try to forgive and continue with their lives? Will they become obsessed with revenge? Or will they find themselves completely incapable of continuing with their lives because they were utterly emotionally destroyed?” 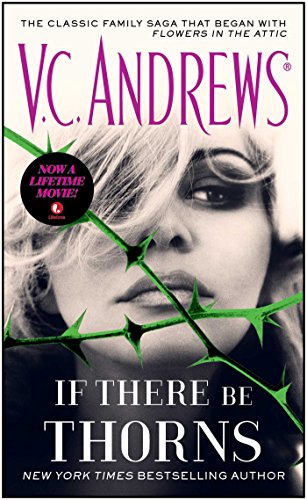 Chris and Cathy made such a loving home for fourteen-year-old Jory — so handsome, so gentle. And for Bart,who had such a dazzling imagination for a nine year old.

Then the lights came on in the house next door. Soon the Old Lady in Black was there, watching them, guarded by her strange old butler. Soon she had Bart over for cookies and ice cream and asked him to call her “Grandmother”.

Fed by the hint of terrible things about his mother and father…leading him into shocking acts of violence.

Now while this little boy trembles on the edge of madness, his anguished parents await the climax to a horror that flowered in an attic long ago, a horror whose thorns are still wet with blood, still tipped with fire. 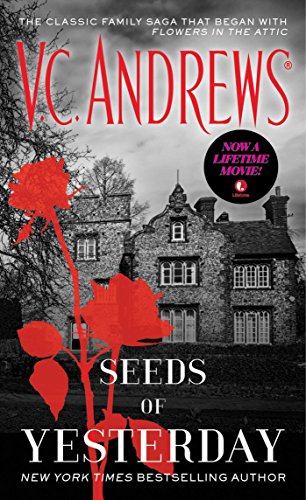 They escaped their mother’s hellish trap years ago, but a cruel history of lies and deceit has come full circle…

The forbidden love that blossomed when Cathy and Christopher were held captive in Foxworth Hall is one the Dollanganger family’s darkest secrets. Now, with three grown children and even a new last name, the pair seem to have outlived a twisted legacy.

But on their son Bart’s twenty-fifth birthday, when the spiteful and disturbed young man claims his rightful inheritance, the full, shattering truth of their tainted past will be revealed at Foxworth Hall—the place where the nightmare began, and where Christopher and Cathy were once just innocent flowers in the attic… 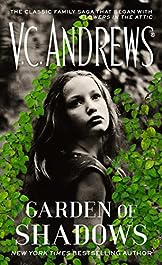 Olivia dreamed of a sun-filled love, a happy life. Then she entered Foxworth Hall…

V.C. Andrews’ thrilling new novel spins a tale of dreadful secrets and dark, forbidden passions — of the time before Flowers in the Attic began. Long before terror flowered in the attic, thin, spinsterish Olivia came to Virginia as Malcolm Foxworth’s bride. At last, with her tall handsome husband, she would find the joy she had waited for, longed for.

But in the gloomy mansion filled with hidden rooms and festering desires, a stain of jealous obsession begins to spread…an evil that will threaten her children, two lovely boys and one very special, beautiful girl. For within one innocent child, a shocking secret lives…a secret that will taint the proud Foxworth name, and haunt all their lives forever!