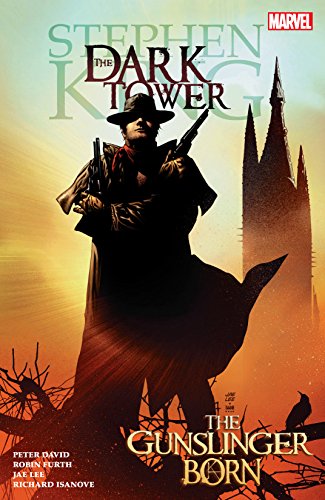 Collects Dark Tower: Gunslinger Born (2007) #1-7. The man in black fled across the desert, and the gunslinger followed. With those words, millions of readers were introduced to Stephen King’s Roland – an implacable gunslinger in search of the enigmatic Dark Tower, powering his way through a dangerous land filled with ancient technology and deadly magic.

Now, in a comic book personally overseen by King himself, Roland’s past is revealed! Sumptuously drawn by Jae Lee and Richard Isanove, adapted by long-time Stephen King expert Robin Furth (author of Stephen King’s The Dark Tower: A Concordance) and scripted by New York Times Bestseller Peter David, this series delves in depth into Roland’s origins – the perfect introduction to this incredibly realized world; while long-time fans will thrill to adventures merely hinted at in the novels. Be there for the very beginning of a modern classic of fantasy literature! 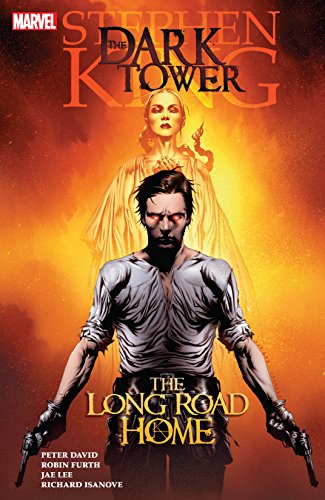 It’s the return of the best-selling comic book series, inspired by Stephen King’s epic The Dark Tower! Gunslinger Roland Deschain has seen the death of his lover Susan Delgado.

And the Big Coffin Hunters who burned her at the stake are now in pursuit of Roland and his ka-tet Cuthbert and Alain.

The friends are forced to flee into the desert with the deadly posse in hot pursuit…and Roland is in a coma! 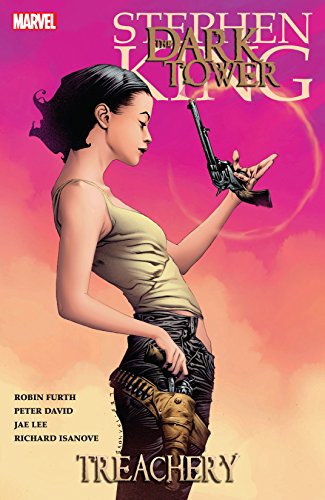 The ka-tet of Roland, Alain and Cuthbert have returned safely to their home in Gilead. But all is not well.

Roland has kept the evil Maerlyn’s Grapefruit and has become obsessed with peering into its pinkish depths despite the deadly toll it’s taken on his health. And what the young gunslinger sees brings him the darkest of nightmares.

Meanwhile, Roland’s father has led a posse in search of those who threatened his son’s life in Hambry-John Farson and the Big Coffin Hunters. And in this encounter, Stephen Deschain’s life may be forfeit. 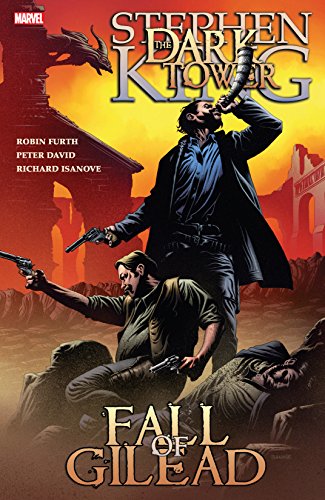 But you know the answer: Marten Broadcloak and one of them evil grapefruits. That’s how. And while you rot in jail, the plot your matricide was only one small part of is wrapping its bloody and black tendrils around Gilead.

Your town – the home of the Gunslingers – is the prize possession of the great enemy of the land, John Farson.

And he means to have it. Gilead will fall, it will. And it will fall to the death of a thousand cuts. It started with your mother, yes, but it won’t end there. 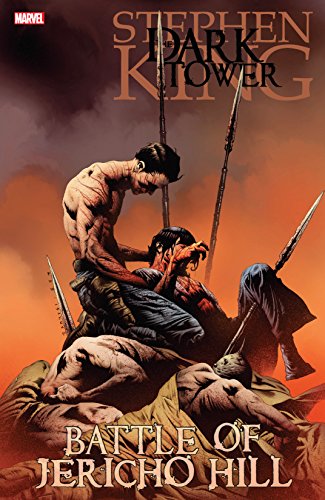 A bold new story featuring Roland Deschain and his beleaguered ka-tet on the run following the complete destruction of their beloved city of Gilead!

And when such as gilead falls, the pillars of reality itself – the six beams holding all of existance together – begins to crumble.

The satanic plan of the Crimson King to return all of existance to the primal state of chaos is nigh.

The remaining books in the series available in Kindle format, in reading order, are:

Dark Tower: The Gunslinger: The Little Sisters of Eluria

Dark Tower: The Gunslinger: The Battle of Tull

Dark Tower: The Gunslinger: The Man In Black

Tech Tip of the Week: Managing Your Amazon Video Library