Our Wild and Precious Lives 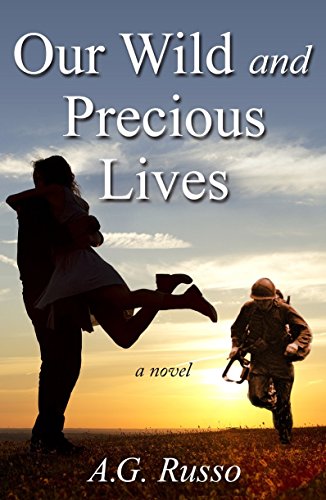 In 1960 Cold War Germany, Tom and Melly McCarron, teenage Army brats, contend with adolescence on a small American base near Bavaria, where their father, a decorated war veteran, begins a three-year tour of duty. As tensions in Berlin rise between the Allies and the Soviets, and threaten to bring about World War III, the base teenagers forge bonds of loyalty and love stronger than any of the adults understand.

Leaving New York on a night flight to Germany, the quiet, thoughtful Tom, and feisty, emotional Melly, are apprehensive about life in a foreign land. While they will attend the American high school in Würzburg, brother and sister realize they are the only stability each has had in their young lives. They also leave behind the sole adult they came to trust, their Aunt Deeny, a librarian who introduced them long ago to a way to cope with life’s ups and downs—reading and books.

Confronting the overwhelming challenges of making new friends, adjusting to a foreign environment, and enrolling in yet another school, they also must endure their abusive father and moody war bride mother. But they are not fully aware of how their father’s wartime experiences and sacrifices have left him scarred. Relying on their inner strength and resilience, they navigate the boundaries of military dependents—American teenagers with the same needs, yearnings and heartbreak as any of their generation.

“Heartfelt and heart-wrenching – an unexpected knockout. In A.G. Russo’s emotional masterpiece, the mature tone and depth of feeling are impressive, to say the least. The complex personalities of the two children are unpacked beautifully over the course of the novel. Such tender moments of brothers and sisters are rarely captured in literature, and it is impossible not to become a part of their world. Russo pushes the boundaries of the characters (and the readers) to an unforgettable level, achieving what so many authors fail to do: sincere emotional investment.” Self-Publishing Review, 4½ Stars