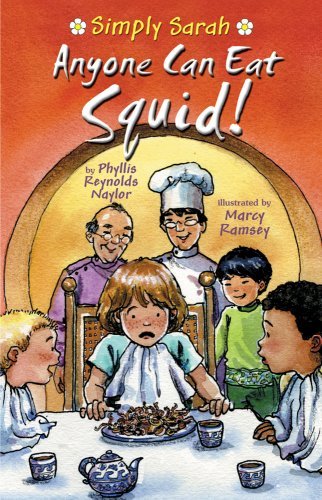 The Simply Sarah series for beginning chapter book readers engages kids with interesting stories and characters they can relate to.

Sarah Simpson is tired of being ordinary. The most unusual thing she has ever done is bite the dentist’s fingers.

So what can she do to be special? Trade names with her best friend? Eat snails and squid?

When Sarah learns that her favorite Chinese restaurant might go out of business, she comes up with a plan. One that makes people want to say, “Here comes Sarah Simpson!” and saves Wongs’ Restaurant, too.

In quintessential Phyllis Reynolds Naylor style, this delightful story speaks straight to the heart of kids as they struggle to define themselves. 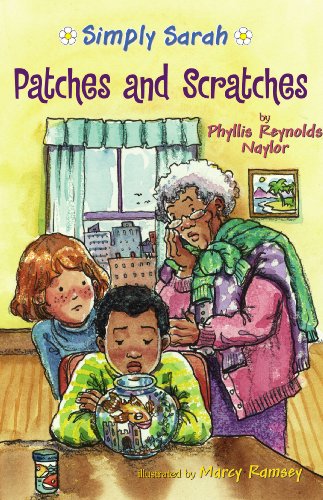 Sarah Simpson likes to get big ideas that will solve problems. But her best friend, Peter, presents her with a problem that seems impossible to solve.

He wants a dog, but his granny Belle won’t let him have one. She says a dog would be too much work.

Sarah tries to convince Peter to get another pet. But nothing works . . . until a stray cat turns up. Will Peter accept it? Will Granny Belle come around?

Finally Sarah comes up with just the right BIG IDEA to solve the problem! 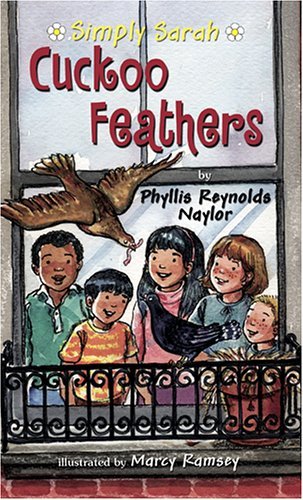 Sarah Simpson is her dad’s “Idea Girl,” but right now she doesn’t have any good ideas.

Nothing that will make people think she is someone special. Then she remembers something unusual going on outside her kitchen window. Two pigeons keep appearing on the ledge and pecking at the window.

Sarah begins to think of them as her pigeons and names them Coo and Cuckoo. She is horrified, however, when they start to build their nest outside the neighbors’ apartment next door. How could they be so disloyal?

Finally Sarah gets a big idea—one that helps her get over this catastrophe! 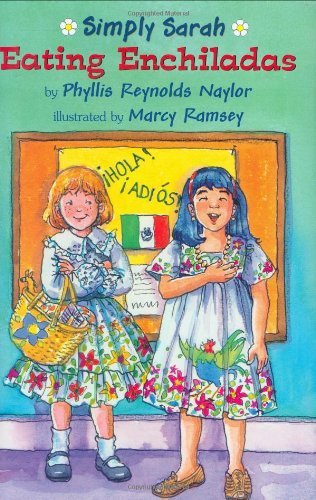 Sarah Simpson likes to think of ideas that are anything but ordinary.

When her third-grade teacher asks each student to pick a country and give an oral report, Sarah wants her choice to be really special.

Maybe she should talk about England, since England has a queen and a castle. But as she learns more, she discovers that England isn’t quite as interesting as she thought.

For one thing, the English speak the same language as Americans.

Sarah finally thinks of a new idea when she sleeps over at her friend Mercedes’ apartment and learns wonderful things about Mexico.

Tech Tip of the Week: Disney Infinity Game Ends in 2017