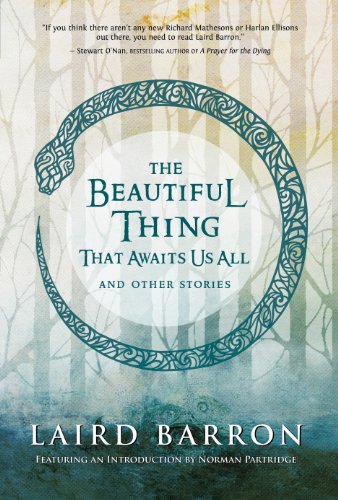 Laird Barron is widely acknowledged among horror fans as the only clear successor to the late H.P. Lovecraft. Barron’s horrific visions of ancient evils unspooling in unexpected ways in our modern world are always chilling, sometimes gory, but always thought-provoking.

With his most recent collection of short stories currently being offered at just $1.99, it’s a great time to give this author a try.

Over the course of two award-winning collections and a critically acclaimed novel, The Croning, Laird Barron has arisen as one of the strongest and most original literary voices in modern horror and the dark fantastic. Melding supernatural horror with hardboiled noir, espionage, and a scientific backbone, Barron’s stories have garnered critical acclaim and have been reprinted in numerous year’s best anthologies and nominated for multiple awards, including the Crawford, International Horror Guild, Shirley Jackson, Theodore Sturgeon, and World Fantasy awards. 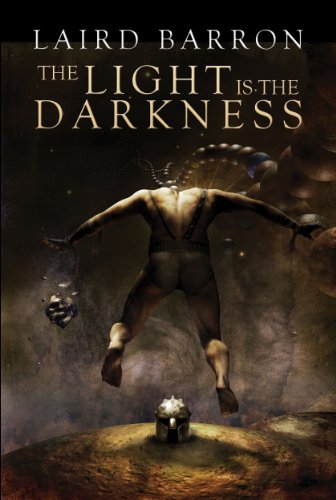 Conrad Navarro is a champion of the Pageant, a gruesome modern day gladiatorial exhibition held in secret arenas across the globe. Indentured by a cabal of ultra-rich patrons, his world is one of blood and mayhem, an existence where savagery reigns supreme while mercy leads to annihilation.

Conrad’s sister has vanished while traveling in Mexico. Imogene, a decorated special agent for the FBI, was hot on the trail of a legendary scientist whose vile eugenics experiments landed him on an international most-wanted list. Imogene left behind a sequence of bizarre clues that indicate she uncovered evidence of a Byzantine occult conspiracy against civilization itself — a threat so vast and terrible, its ultimate fruition would herald an event more inimical to all terrestrial life than mere extinction.

Now, Conrad is on the hunt, searching for his missing sister while malign forces seek to manipulate and destroy him by turns. It is an odyssey that will send this man of war from the lush jungles of South America, to the debauched court of an Aegean Prince, to the blasted moonscape of the American desert as he becomes inexorably enmeshed within a web of primordial evil that stretches back unto prehistory. All the while struggling to maintain a vestige of humanity; for Conrad has gazed into an abyss where the light is the darkness, and he has begun the metamorphosis into something more than human. 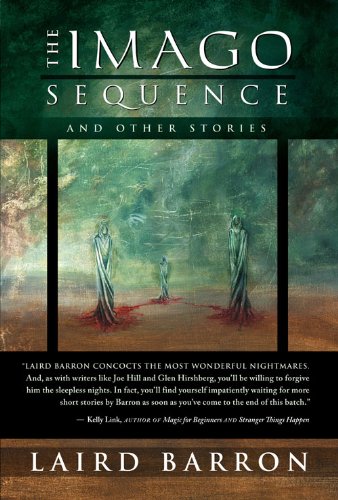 Publisher’s Weekly says:
“Horrors that defy description and challenge reader expectations charge the electrifying stories in this powerful debut collection. Barron synthesizes influences ranging from H.P. Lovecraft to hard-boiled crime fiction in nine ingeniously plotted tales whose many layers peel away to reveal highly original and viscerally unsettling premises. Old Virginia is narrated by a Cold War–era CIA agent, unaware that the chaos around him is due not to Communists but to occult forces escaping the control of the scientists he’s guarding. In the period western Bulldozer, a Pinkerton agent discovers that serial killings are part of an elaborate occult ritual for placating a supernatural entity. The title story concerns a triptych of photographs used by a malign cult to snare acquisitive art collectors. Barron intensifies the emotional impact of his fiction by providing protagonists who ultimately realize that their doom is inevitable and drag the reader down with them.” 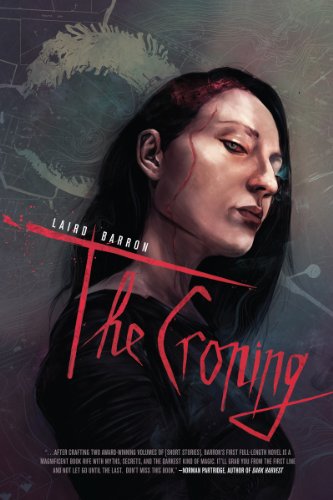 Strange things exist on the periphery of our existence, haunting us from the darkness looming beyond our firelight. Black magic, weird cults and worse things loom in the shadows. The Children of Old Leech have been with us from time immemorial. And they love us…

Donald Miller, geologist and academic, has walked along the edge of a chasm for most of his nearly eighty years, leading a charmed life between endearing absent-mindedness and sanity-shattering realization.

Now, all things must converge. Donald will discover the dark secrets along the edges, unearthing savage truths about his wife Michelle, their adult twins, and all he knows and trusts. For Donald is about to stumble on the secret…

From Laird Barron, Shirley Jackson Award-winning author of The Imago Sequence and Occultation, comes The Croning, a debut novel of cosmic horror. 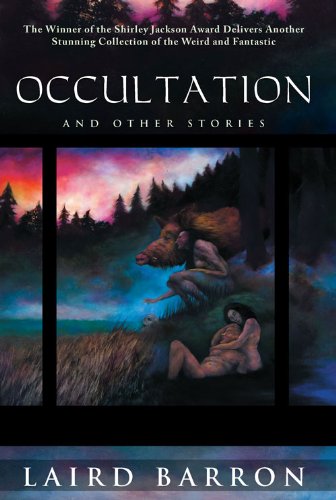 Laird Barron has emerged as one of the strongest voices in modern horror and dark fantasy fiction, building on the eldritch tradition pioneered by writers such as H. P. Lovecraft, Peter Straub, and Thomas Ligotti. His stories have garnered critical acclaim and been reprinted in numerous year’s best anthologies and nominated for multiple awards, including the Crawford, International Horror Guild, Shirley Jackson, Theodore Sturgeon, and World Fantasy Awards. His debut collection, The Imago Sequence and Other Stories, was the inaugural winner of the Shirley Jackson Award.

He returns with his second collection, Occultation. Pitting ordinary men and women against a carnivorous, chaotic cosmos, Occultation’s eight tales of terror (two never before published) include the Theodore Sturgeon and Shirley Jackson Award-nominated story “The Forest” and Shirley Jackson Award nominee “The Lagerstatte.” Featuring an introduction by Michael Shea, Occultation brings more of the spine-chillingly sublime cosmic horror Laird Barron’s fans have come to expect.