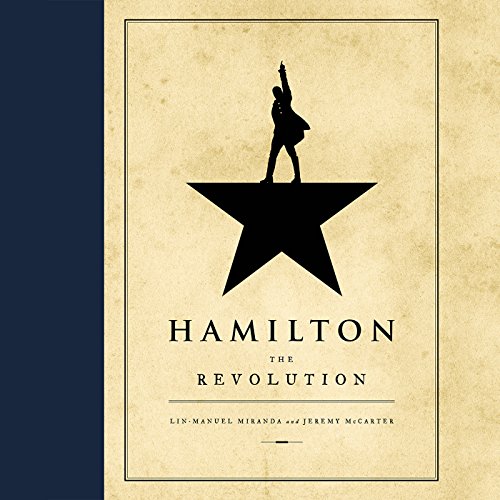 Hamilton: The Revolution (5/5 stars, unabridged, currently priced at $17.15/1 Audible Credit for Audible members, $20.95 for non-members) is the behind-the-scenes story of the juggernaut musical, including the full libretto and over 30 essays from cast members.

Lin-Manuel Miranda’s groundbreaking musical, Hamilton, is as revolutionary as its subject: the poor kid from the Caribbean who fought the British, defended the Constitution, and helped to found the United States. Fusing hip-hop, pop, R&B, and the best traditions of theater, this once-in-a-generation show broadens the sound of Broadway, reveals the storytelling power of rap, and claims our country’s origins for a diverse new generation.

Hamilton: The Revolution gives listeners an unprecedented insight into both revolutions, from the only two writers able to provide it. Miranda, along with Jeremy McCarter, a cultural critic and theater artist who was involved in the project from its earliest stages – “since before this was even a show,” according to Miranda – traces its development from an improbable performance at the White House to its landmark opening night on Broadway six years later. In addition, Emmy and Gold Globe-winning actor Mariska Hargitay lends her voice to the audiobook, and Miranda reads more than 200 funny, revealing footnotes for his award-winning libretto, the full text of which is included in the PDF with this audiobook.

The audiobook does more than tell the surprising story of how a Broadway musical became a national phenomenon: It demonstrates that America has always been renewed by the brash upstarts and brilliant outsiders, the men and women who don’t throw away their shots.

“Mariska, in addition to being the number-one fan of the show, represents, to me, much of what Hamilton is about – tough, smart, and New York. She’s an essential part of this city; it feels only right for her to narrate the story.” – Lin-Manuel Miranda