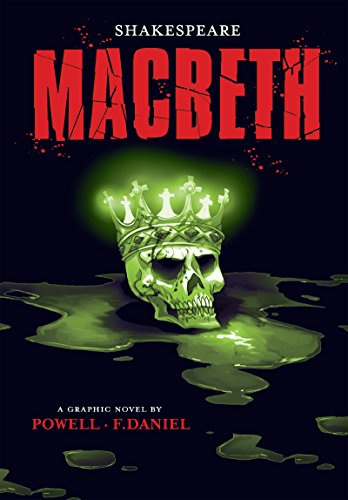 The Shakespeare Graphics series uses gorgeous artwork and updated, simplified language to make the great works of the Bard accessible to kids ages 10 and up. These books are a great way to introduce kids to Shakespeare, or help teens better grasp the material when they need to read it in its original form for school.

The epic tale of Macbeth retold in graphic-novel format. Macbeth and Banquo are Scottish generals returning home from a victorious war campaign.

Their journey is interrupted when three strange witches come upon them and predict their futures. They claim that Macbeth will one day become King of Scotland!

Macbeth is stirred by the prophesy. With the help of his scheming wife, he sets into motion a sinister plan that will paint bloody strokes across the entire landscape of Scotland. 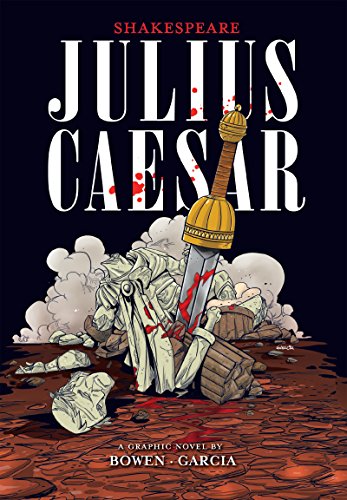 Retold in graphic-novel format, the epic tale of Julius Caesar’s rule over Rome.

Brutus and Cassius, friends and supporters of Julius Caesar, brood and worry over his increasing ambitions.

Caesar’s pursuit of power leads the two men to worry that Caesar will crown himself Emperor, which would ruin Rome’s Republic of the people.

Behind closed doors, Cassius and Brutus begin to concoct a scheme that will irrevocably alter the fate of the Roman empire. 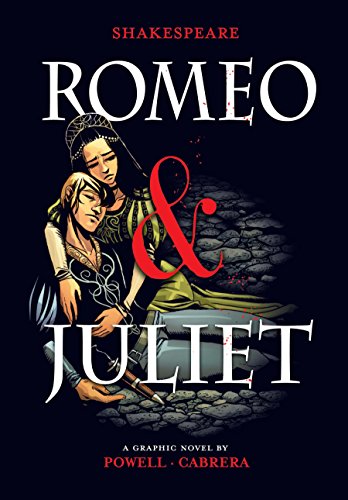 The tragic story of two star-crossed lovers from different worlds comes to life in graphic novel format. Romeo, from the Montague family, and Juliet, of the Capulet clan, fall deeply in love at first sight.

Fearful of punishment from their respective factions, the two teens keep their love hidden from everyone.

However, when their commitment to each other is exposed, it adds more fuel to the heated family feud between the Capulets and Montagues and puts their love and their lives at risk. 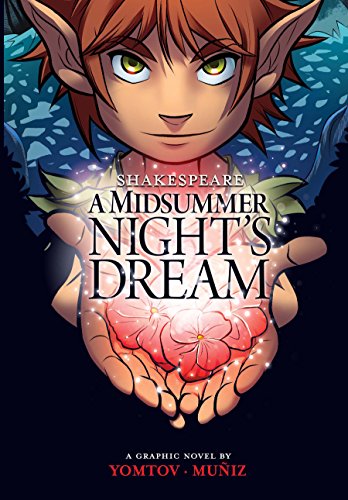 Witness a tale of love, fairies, and betrayal in this classic tale retold in graphic-novel format.

Theseus, duke of Athens is preparing for his marriage when Hermia, and her father, Egeus, burst into his court and beg for Theseus’s judgment regarding whom Hermia, Egeus’s, daughter, should marry.

Theseus tells Hermia she must marry Demetrius, even though she really loves Lysander. At nightfall, the two young lovers run off to the forest to be married in secret. However, Demetrius discovers their deception and charges into the forest, searching for his bride-to-be.

Little do any of them know, a band of magical fairies lives in this forest, and they have other plans for these lovestruck humans.