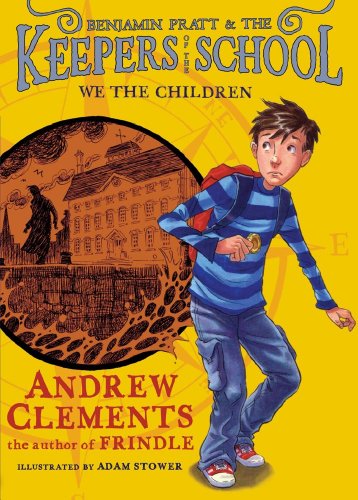 In Andrew Clements’ Benjamin Pratt and the Keepers of the School series, sixth graders Ben and Jill are determined to save their school from greedy developers—but there are mysteries and riddles to solve first.

We the Children – Benjamin Pratt and the Keepers of the School Book 1 (4/5 stars, currently priced at $6.99)

But a wave of commercialization is hitting the area and his beloved school is slated to be torn down to make room for an entertainment park. This would be most kids’ dream—–except there’s more to the developers than meets the eye… and more to the school.

Because weeks before the wrecking ball is due to strike, Ben finds an old leather pouch that contains a parchment scroll with a note three students wrote in 1791. The students call themselves the Keepers of the School, and it turns out they’re not the only secret group to have existed at Duncan Oakes. 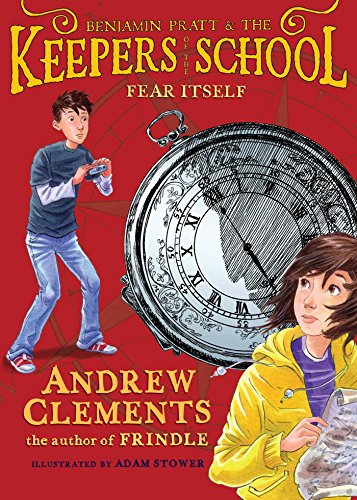 Fear Itself – Benjamin Pratt and the Keepers of the School Book 2 (5/5 stars, currently priced at $5.99)

The second book in this riveting and mysterious six-book series is as action-packed as the first one, culminating in a faceoff between Ben, Jill, and Lyman. “After five bells sound, time to sit down” makes for a good riddle, but Ben and Jill also knows when it’s time to stand up…for Oakes School and for themselves.

Time is ticking as the countdown to Ben Pratt’s school’s total demolition continues. Ben has been given a handful of clues that could help them save the school, but they are all written in maritime riddles.

“After five bells sound, time to sit down.” What the heck does that mean? It’s hard to know where to begin when Ben and Jill don’t even know what they are looking for. All Lyman, the snake posing as the school janitor, needs to know, though, is that they are looking, and that could mean the end of the 30-million-dollar development deal that pays his salary. (Which, by the way, is MUCH larger than what a typical janitor makes.)

As Lyman lurks in the shadows—and sometimes not in the shadows—Ben and Jill have to add another to-do to their list of things to accomplish in the next twenty-one days: (1) Figure out the clues left by past Keepers of the School groups, (2) figure out how these clues will help them save the school, and (3) stay one step ahead of Lyman. That’s the mission…which seems, at times, impossible. 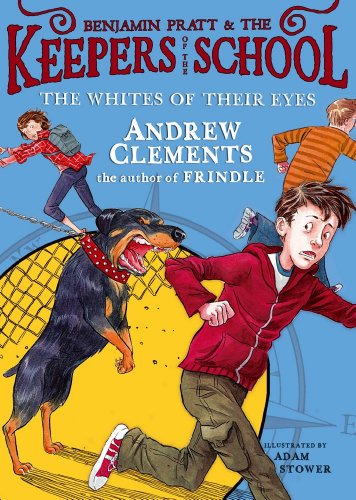 The Whites of Their Eyes – Benjamin Pratt and the Keepers of the School Book 3 (5/5 stars, currently priced at $5.99)

This could be the last great Memorial Day weekend on Barclay Bay, and Ben knows it. This time next year, he might not be able to stand in the yard of the Oakes School and watch the harbor shake off winter—–boats buzzing just beyond the bulkhead and families spreading picnics in the fields.

Good thing Ben and Jill have a secret weapon. (Who knew that annoying Robert Gerritt would be such a spy wiz?) But Lyman has a secret weapon as well: a vicious guard dog. These kids are smart, but can they outsmart Lyman—and his beast—as the clock tick, tick, ticks toward total demolition?

The threat to the Keepers doubles in the fourth Keepers of the School adventure from Andrew Clements, the master of the school story.

Benjamin Pratt and his friends Jill and Robert are determined to save their school from destruction! But just when it seems they’ve finally gotten the upper hand over that awful Janitor Lyman, they’re caught completely off guard by his next move: Lyman has called in reinforcements, and suddenly Benjamin, Jill, and Robert find themselves dodging not one evil janitor, but two. That’s right: Lyman’s got himself a partner. And it quickly becomes clear that Wally, the new guy, is even more corrupt and menacing than Lyman.

Luckily, Ben’s team has been growing, too. Plus, thanks to the latest safeguard, they also have a secret fund of millions of dollars. But all the money in Massachusetts isn’t enough to stop Lyman and Wally, not when they’ve come this far, and not when they are just about to put the most harmful part of their plan into play. Could the next safeguard give the Keepers what they need—or has their battle to save the school already been sunk? 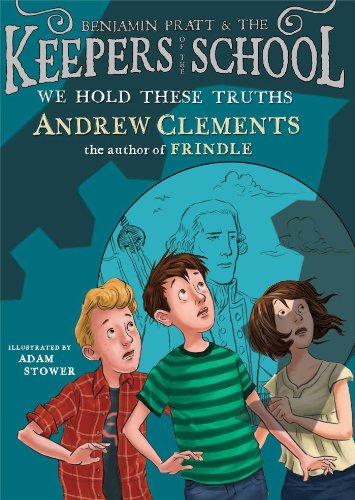 We Hold These Truths – Benjamin Pratt and the Keepers of the School Book 5 (5/5 stars, currently priced at $6.99)

Time is almost out for the Keepers of the School in this fifth Keepers adventure from Andrew Clements, the master of the school story.

The Keepers of the School—known to their friends as Ben, Jill, and Robert—have one last chance to save their school before it’s torn down to make room for a seaside amusement park. But their nemeses, Janitors Lyman and Wally, are just as determined to keep the kids out of the way and the demolition on schedule.

One way or the other, this battle is about to come to a head. When all is said and done, will the school still be standing? Or will everything the Keepers have fought for be destroyed?