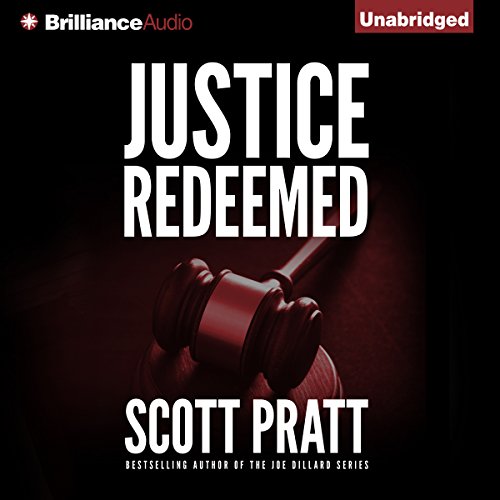 Scott Pratt is probably best known for his Joe Dillard thriller series, but his other novels are no less popular or riveting.

Today, Pratt’s Justice Redeemed (4.5/5 stars, priced at $2.95 TODAY ONLY) is featured as an Audible Daily Deal.

Two years ago, Darren Street made a name for himself as the man who rooted out corruption in the district attorney’s office. Now the hotheaded young lawyer is in the public eye yet again—this time, accused of murder.

Jalen Jordan retained Street for what seemed to be a minor traffic violation, but when evidence turned up linking Jordan to the death of two boys, Street wanted out of the case. To ensure his lawyer’s cooperation and silence, Jordan threatened to make Street’s son the next victim. Shortly after, Jordan’s own body turned up with a bullet hole in his chest.

Now Street is on trial for his life, and the enemy he made in the DA’s office is clearly out for blood. It’s one lawyer out to frame another. Can a desperate father escape punishment for a crime he didn’t commit?