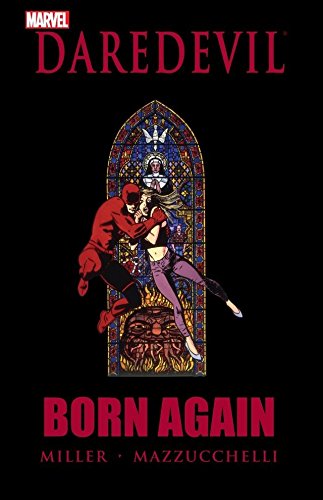 From now through March 27, Amazon’s running a sale on graphic novels about Daredevil and related characters. The sale includes such titles as:

By Frank Miller and David Mazzucchelli.

The definitive Daredevil tale! Karen Page, Matt Murdock’s former lover, has traded away the Man Without Fear’s secret identity for a drug fix.

Now, Daredevil must find strength as the Kingpin of Crime wastes no time taking him down as low as a human can get. 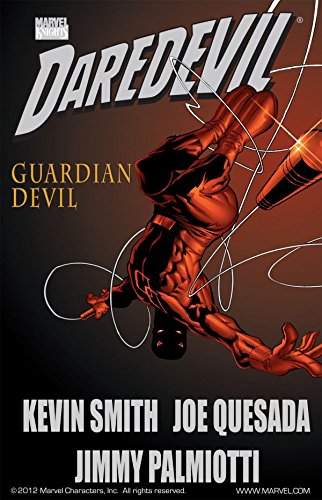 A scared teenager on the run. An infant child some say is humanity’s savior. A former lover whose life is now hobbled by a terrible secret.

A law partner accused of a horrible crime. A city being overcome by an inscrutable menace.

They need a guardian. Someone to protect them. Someone with faith in them. They need Daredevil. 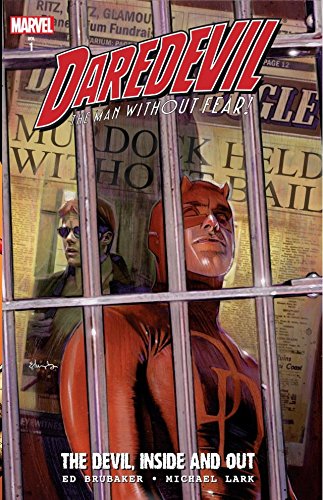 For the past few years, Matt Murdock’s life has been teetering on the edge of destruction.

Now, pushed beyond the limit, Matt finds himself behind the eight ball, in jail, with no clear way out, the people he calls friends slowly deserting him, and enemies all around.

The question is, when his back is against the wall, just how far will Daredevil go to get back what is his? 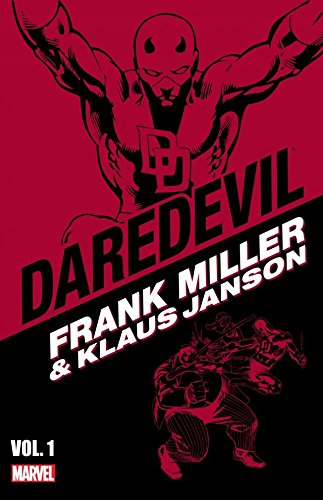 Daredevil got a new lease on life in a landmark 1979-1983 run by writer-penciler Frank Miller and inker-penciler Klaus Janson, whose daring reinvention of the character quickly made Miller one of the biggest and most influential stars in the comic-book industry.