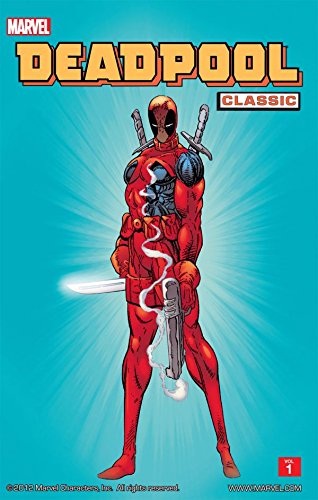 To celebrate the release of the new Deadpool movie, for a limited time Amazon’s put a selection of Deadpool graphic novels on sale. All of the graphic novels included in the sale are currently (as of 2/12/16) priced at $3.99 each.

He’s the Merc with a Mouth, Deadpool, and with sidekick Weasel in tow, he sets out on a quest for romance, money, and mayhem – not necessarily in that order – only to learn he’s being hunted by an enemy he killed years before!

As if that isn’t enough, the Juggernaut crashes into the action, and it’s the unstoppable vs. the un-shut-up-able! But all may not be lost if the sultry Siryn can inject a little sanity into the proceedings!

Will Deadpool be steered toward a better life by his new heartthrob, or stay the chaotic course he’s set for himself? The answer is Yes! Guest-starring the New Mutants, Banshee, Sasquatch, and more! 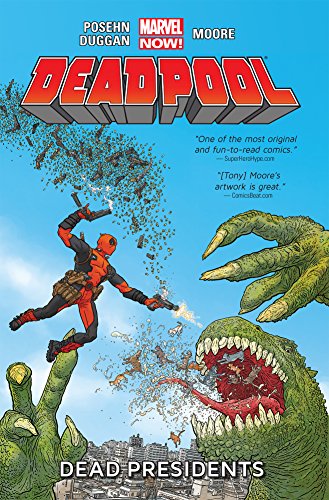 Someone is needed with the reputation, skills and plausible deniability to take out these com-monsters in chiefs. Deadpool’s time is NOW! 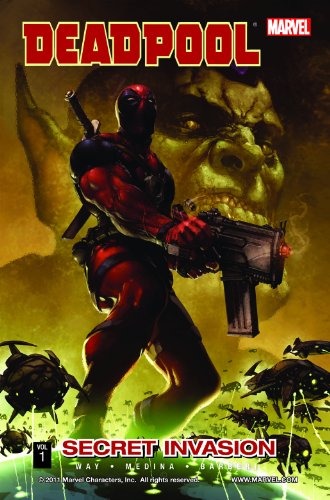 The Skrulls are here and everything’s gone topsy-turvy but, in Deadpool’s world, that just means it’s Monday!

Like it or not, Deadpool may be the only person on the planet who can save us…

…but who’s to say he wants to? 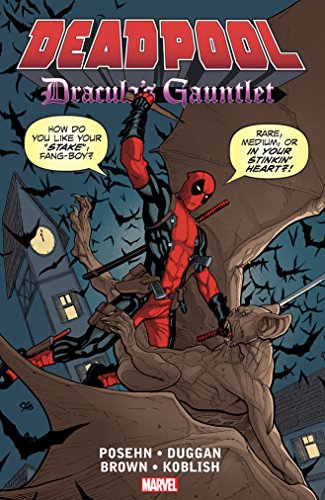 You’ve seen Deadpool’s marriage to the succubus queen Shiklah! Now see their first meeting and learn the secrets of their bloody romance!

When Dracula hires Deadpool to transport a highly valuable delivery for him, he has no idea what kind of trouble he’s in for.

It’s a crazy journey across the world…and into the dark heart of the Merc with the Mouth! Guest-starring Blade, M.O.D.O.K., Hydra Bob, Werewolf by Night, and more!