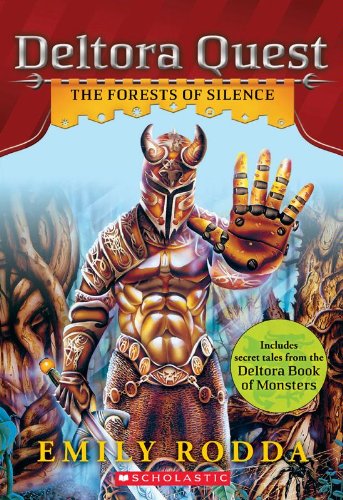 KF on KND Editor April Hamilton says this is the series that helped her then-struggling child get excited about reading. Emily Rodda’s Deltora Quest series of fantasy adventure novels are ideal for kids aged 8 and up whose literacy skills aren’t quite a match for a series like The Chronicles of Narnia, but who would love to get lost in stories of magic, monsters and quests!

The international bestselling series returns for a new generation with a fresh look and bonus content from the legends of Deltora.

The evil Shadow Lord is plotting to invade the land of Deltora and enslave its people. All that stands against him is the magic Belt of Deltora with its seven stones of great and mysterious power. In secrecy, with only a hand-drawn map to guide them, two unlikely companions set out on a dangerous quest.

Determined to find the lost stones and rid their land of the Shadow Lord, they struggle toward their first goal–the sinister Forests of Silence. 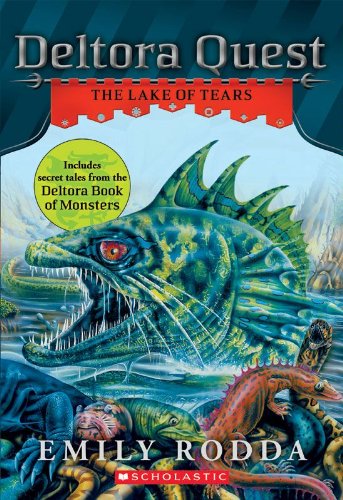 Lief, Barda, and their unpredictable new companion Jasmine are on an urgent mission to find the seven stones from the magic Belt of Deltora. The golden topaz has already been found. But only when all the stones have been restored to the Belt can their land be freed from the dark power of the evil Shadow Lord.

To find the second stone, Lief, Barda, and Jasmine must travel through territory ruled by the monster-sorceress Thaegan and overcome their biggest challenge yet–the hideous guardian of the enchanted Lake of Tears! 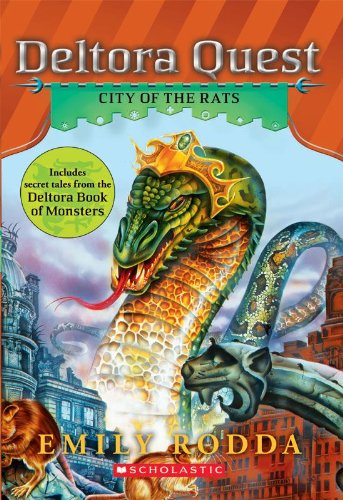 Lief, Barda, and Jasmine–three companions with nothing in common but their hatred of the enemy–are on a perilous quest to recapture the seven lost gems of the magic Belt of Deltora. Only when the Belt is complete can the evil Shadow Lord be overthrown.

They have succeeded in finding the golden topaz and the great ruby. The two gems’ mysterious powers have strengthened them and given them courage to move on in their search for the third stone. But none of them can know the horrors that await them in the forbidden City of the Rats.

There are eight books in all in the Deltora Quest series, and books #3 – 8 are all currently priced at $4.61 each.