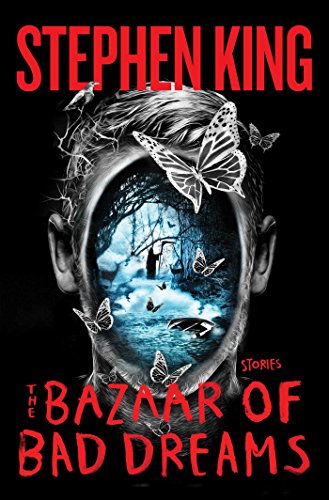 If you’ve resolved to read more in 2016, short stories are a great way to make it happen. Stephen King is an acknowledged master of the short story form, and these collections can keep you entertained—and maybe just a little scared—well into the new year.

A master storyteller at his best—the O. Henry Prize winner Stephen King delivers a generous collection of stories, several of them brand-new, featuring revelatory autobiographical comments on when, why, and how he came to write (or rewrite) each story.

Since his first collection, Nightshift, published thirty-five years ago, Stephen King has dazzled readers with his genius as a writer of short fiction. In this new collection he assembles, for the first time, recent stories that have never been published in a book. He introduces each with a passage about its origins or his motivations for writing it.

There are thrilling connections between stories; themes of morality, the afterlife, guilt, what we would do differently if we could see into the future or correct the mistakes of the past. “Afterlife” is about a man who died of colon cancer and keeps reliving the same life, repeating his mistakes over and over again. Several stories feature characters at the end of life, revisiting their crimes and misdemeanors. Other stories address what happens when someone discovers that he has supernatural powers—the columnist who kills people by writing their obituaries in “Obits;” the old judge in “The Dune” who, as a boy, canoed to a deserted island and saw names written in the sand, the names of people who then died in freak accidents. In “Morality,” King looks at how a marriage and two lives fall apart after the wife and husband enter into what seems, at first, a devil’s pact they can win.

Magnificent, eerie, utterly compelling, these stories comprise one of King’s finest gifts to his constant reader—”I made them especially for you,” says King. “Feel free to examine them, but please be careful. The best of them have teeth.” 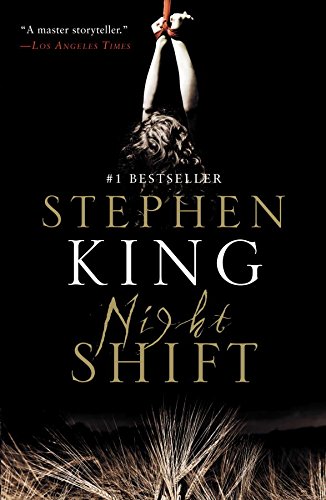 Here we see mutated rats gone bad (“Graveyard Shift”); a cataclysmic virus that threatens humanity (“Night Surf,” the basis for The Stand); a possessed, evil lawnmower (“The Lawnmower Man”); unsettling children from the heartland (“Children of the Corn”); a smoker who will try anything to stop (“Quitters, Inc.”); a reclusive alcoholic who begins a gruesome transformation (“Gray Matter”); and many more shadows and visions that will haunt you long after the last page is turned. 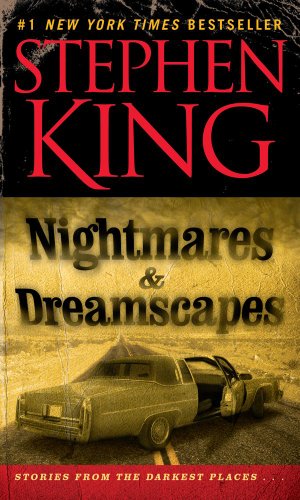 With numerous unforgettable movies based on his short stories—–including Shawshank Redemption, 1408, and The Green Mile–—readers will be delighted to rediscover this classic collection, also released as a television mini-series and on DVD.

It will be treasured by King fans new and old. 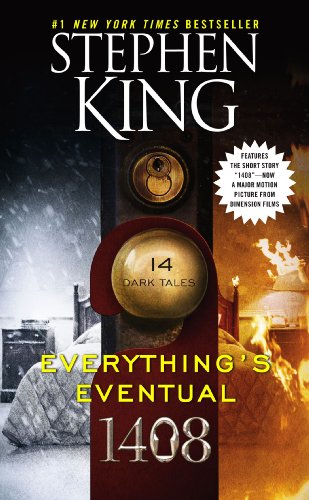 The first collection of stories Stephen King has published since Nightmares & Dreamscapes nine years ago, Everything’s Eventual includes one O. Henry Prize winner, two other award winners, four stories published by The New Yorker, and “Riding the Bullet,” King’s original e-book, which attracted over half a million online readers and became the most famous short story of the decade.

“Riding the Bullet,” published here on paper for the first time, is the story of Alan Parker, who’s hitchhiking to see his dying mother but takes the wrong ride, farther than he ever intended. In “Lunch at the Gotham Café,” a sparring couple’s contentious lunch turns very, very bloody when the maître d’ gets out of sorts. “1408,” the audio story in print for the first time, is about a successful writer whose specialty is “Ten Nights in Ten Haunted Graveyards” or “Ten Nights in Ten Haunted Houses,” and though Room 1408 at the Dolphin Hotel doesn’t kill him, he won’t be writing about ghosts anymore. And in “That Feeling, You Can Only Say What It Is In French,” terror is déjà vu at 16,000 feet.

Whether writing about encounters with the dead, the near dead, or about the mundane dreads of life, from quitting smoking to yard sales, Stephen King is at the top of his form in the fourteen dark tales assembled in Everything’s Eventual. Intense, eerie, and instantly com-pelling, they announce the stunningly fertile imagination of perhaps the greatest storyteller of our time. 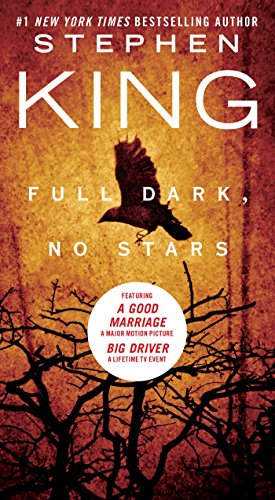 The acclaimed #1 New York Times and undisputed King of Horror Stephen King delivers five unforgettable short works, two of which will soon be adapted for film, and which Booklist called “raw looks at the limits of greed, revenge, and self-deception.”

Like Different Seasons and Four Past Midnight, which generated such enduring hit films as The Shawshank Redemption and Stand by Me, Full Dark, No Stars proves Stephen King a master of the long story form.