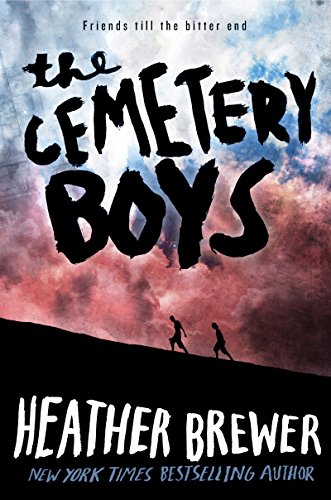 When Stephen’s dad says they’re moving, Stephen knows it’s pointless to argue. They’re broke from paying Mom’s hospital bills, and now the only option left is to live with Stephen’s grandmother, a woman as bitter and stuck as the town of Spencer itself.

Stephen’s summer starts looking up when he meets punk girl Cara and her charismatic twin brother, Devon. The twins have family problems of their own and aren’t exactly close, but Stephen is drawn to them, each for different reasons. With Cara, he feels safe and understood—and yeah, okay, she’s totally hot. In Devon and his group, he sees a chance at making real friends.

Only, as the summer presses on, and harmless nights hanging out in the cemetery take a darker turn, Stephen starts to suspect that Devon is less a friend than a leader. And he might be leading them to a very sinister end.

Mixing classic horror elements with a darkly funny coming-of-age story, New York Times bestselling author Heather Brewer brings her razor-sharp edge to a story about the dangerous power of belief and the cost of blind loyalty, taking readers to the brink of madness and past the point of no return. 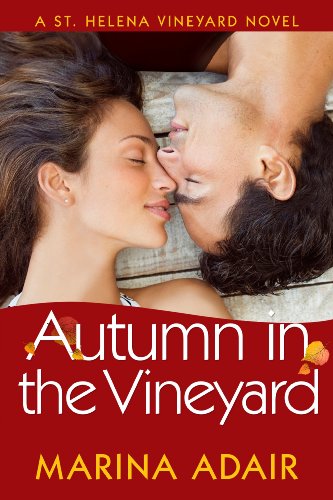 Frankie Baudouin has a hundred reasons not to trust Nate DeLuca. First, he’s a DeLuca. Second, he kissed her—in front of the entire town—and then never called. Oh, and he’s after her land. Sorrento Ranch is Frankie’s last chance to prove to her family—and to herself—that she has what it takes to be an award-winning winemaker. And she will stop at nothing to ensure her success—even if it means playing nice with the starched, sophisticated, and oh-so-sexy Italian.

For Nate, Sorrento Ranch is more than just soil and grape vines; it was his father’s dream—a dream Nate is determined to make a reality. So when he finds himself forced to cohabitate with a hot-headed, irrational, and incredibly gorgeous Baudouin, Nate is surprised to discover that chaos could be so much fun—especially when she sleeps in nothing but lace. 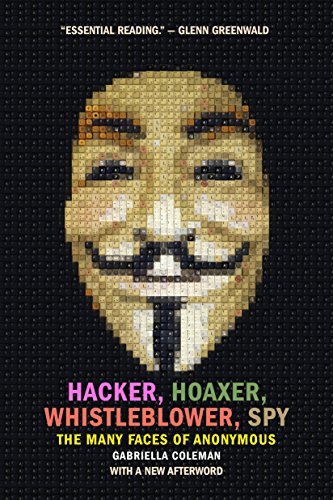 Here is the ultimate book on the worldwide movement of hackers, pranksters, and activists that operates under the non-name Anonymous, by the writer the Huffington Post says “knows all of Anonymous’ deepest, darkest secrets.”

Half a dozen years ago, anthropologist Gabriella Coleman set out to study the rise of this global phenomenon just as some of its members were turning to political protest and dangerous disruption (before Anonymous shot to fame as a key player in the battles over WikiLeaks, the Arab Spring, and Occupy Wall Street). She ended up becoming so closely connected to Anonymous that the tricky story of her inside–outside status as Anon confidante, interpreter, and erstwhile mouthpiece forms one of the themes of this witty and entirely engrossing book.

The narrative brims with details unearthed from within a notoriously mysterious subculture, whose semi-legendary tricksters—such as Topiary, tflow, Anachaos, and Sabu—emerge as complex, diverse, politically and culturally sophisticated people. Propelled by years of chats and encounters with a multitude of hackers, including imprisoned activist Jeremy Hammond and the double agent who helped put him away, Hector Monsegur, Hacker, Hoaxer, Whistleblower, Spy is filled with insights into the meaning of digital activism and little understood facets of culture in the Internet age, including the history of “trolling,” the ethics and metaphysics of hacking, and the origins and manifold meanings of “the lulz.” 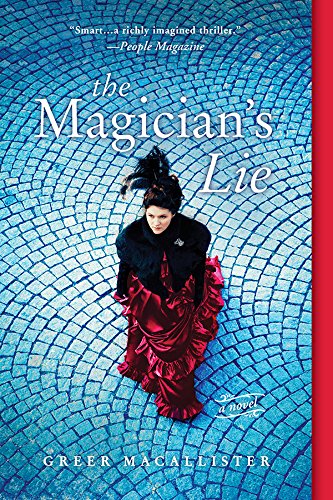 Water for Elephants meets The Night Circus in The Magician’s Lie, a debut novel in which the country’s most notorious female illusionist stands accused of her husband’s murder – and she has only one night to convince a small-town policeman of her innocence.

The Amazing Arden is the most famous female illusionist of her day, renowned for her notorious trick of sawing a man in half on stage. One night in Waterloo, Iowa, with young policeman Virgil Holt watching from the audience, she swaps her trademark saw for a fire ax. Is it a new version of the illusion, or an all-too-real murder? When Arden’s husband is found lifeless beneath the stage later that night, the answer seems clear.

But when Virgil happens upon the fleeing magician and takes her into custody, she has a very different story to tell. Even handcuffed and alone, Arden is far from powerless-and what she reveals is as unbelievable as it is spellbinding. Over the course of one eerie night, Virgil must decide whether to turn Arden in or set her free… and it will take all he has to see through the smoke and mirrors.