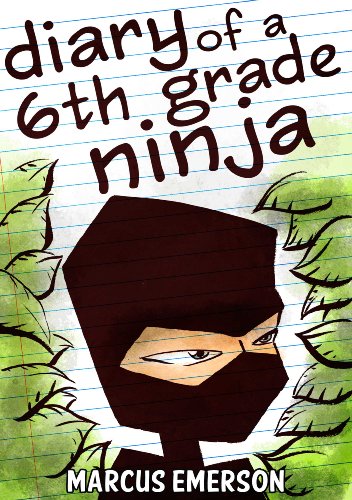 The Diary Of A 6th Grade Ninja series of illustrated chapter books deal with typical middle-schoolers’ real-world problems and questions with equal parts hilarity and sensitivity. If your kids like the Diary Of A Wimpy Kid or Dear Dumb Diary series, definitely give this series a try!

My name is Chase Cooper, and I’m a 6th grade ninja. It’s my first day at a different school and the only person I know is my cousin, Zoe (but she might be a little too cool for me).

I was just another scrawny kid until a group of ninjas recruited me into their clan. It was a world of trouble I wasn’t prepared for, which is why I kept this diary (or “chronicle” as my dad would call it) – to warn other kids about the dangers of becoming a ninja.

They say history is destined to repeat itself… well, not if I can help it.

Diary of a 6th Grade Ninja is a funny thriller that’s entertaining for kids, middle school students, and adults. 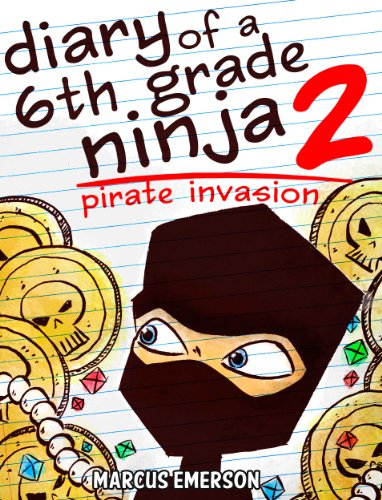 My name is Chase Cooper, and this is my second diary as a 6th grade ninja.

It’s only been a month since my last entry, but in a school as crazy as mine, a month is an eternity. My school recently had a day where everyone talked like a pirate, but it didn’t stop after that!

It became worse as the week went on, and pretty soon there were rumors of a massive pirate invasion. I ignored the warnings because I thought they were a joke. Turns out…

I was wrong. Now my entire school is in danger, and I’m the only one that can save it. 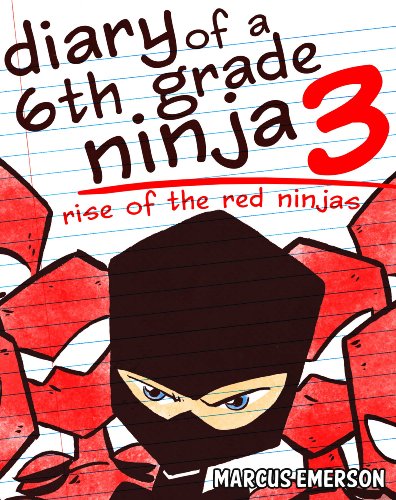 My name is Chase Cooper, and this is my third diary as a 6th grade ninja.

Another month has passed since my last entry and things have been pretty quiet up until now.

It all started when some kid stole my book bag. The mudslide of disaster that followed has made this the worst week of my life.

From being number one on Buchanan School’s most wanted list to the discovery of the red ninja clan, I can’t seem to catch a break!

But as much as I want to give in, I know that ninjas never quit… unfortunately, neither do their enemies. 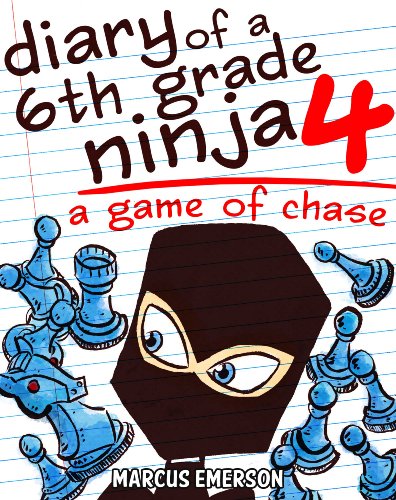 My name is Chase Cooper, and this is my fourth diary as a 6th grade ninja.

A few weeks have breezed by since my last entry, but things don’t stay quiet at my school for long.

The science fair is coming up, and everyone’s been working crazy hard to get their projects finished on time.

But at the beginning of the week, projects started disappearing only to be found later completely destroyed.

Did I mention the anonymous invitation I got that sent me on a messed up treasure hunt in search of the missing projects?

Yeah, that happened too. Now the fate of the science fair rests in my hands as I try to stay one step ahead of the culprit in the most bizarre week of my life. 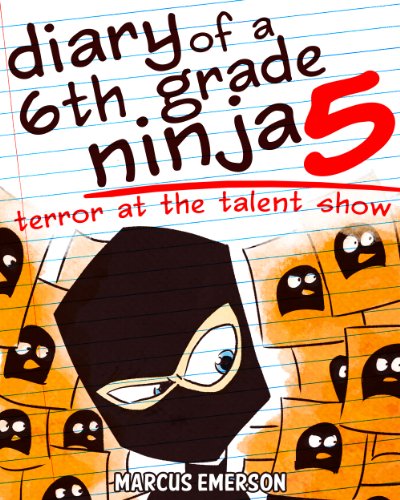 My name is Chase Cooper, and this is my fifth diary as a 6th grade ninja.

The best part about my new ninja lifestyle is that there’s never a dull moment… unfortunately, that’s the worst part about it too.

There’s a big talent show on Friday (who my cousin, Zoe, is in charge of) and everything seemed cool until someone set a wild animal loose and trashed part of the stage during rehearsal.

The good news is the stage can be fixed before the show – the bad news is the kid who damaged it is still on the loose and is expected to strike again.

As if that wasn’t enough, I’ve also got to deal with some new ninjas, an ugly moose costume, and a missing bird.

So yeah, my week’s pretty booked. Now I’m racing against the clock in what’s proving to be one of my most challenging tasks yet. 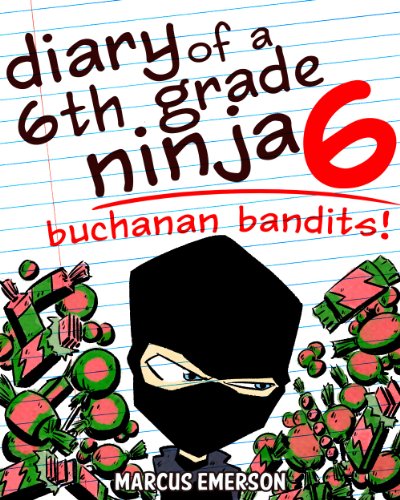 Chase Cooper here, and this is my sixth diary as a 6th grade ninja.

As always, there’s trouble brewing in the halls of Buchanan School. A bandit is on the loose who’s stealing from innocent students, and as each day passes, the bandit’s reach grows even further.

As if the situation wasn’t bonkers enough, help has come in the unlikeliest of places – Wyatt. But I have sick feeling in my stomach about the whole mystery, like something far worse is going on than anybody realizes.

If I had known this was going to blow the lid off the craziest scheme this school has ever seen, then I might’ve stayed home in bed…

Nah, who am I kidding? Staying out of trouble isn’t exactly something I’m good at doing. Buckle up, kiddos, because this is going to be one heck of a bumpy ride.

Click here to browse the full Diary Of A 6th Grade Ninja series.