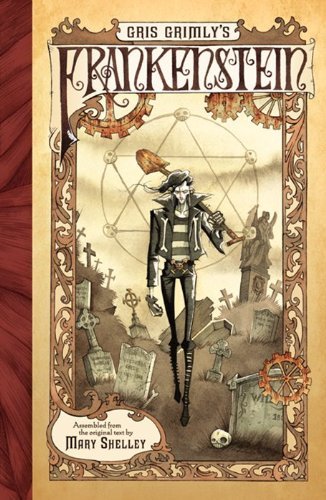 Gris Grimly’s gorgeously dark and often whimsical illustrations are the highlights of these books, which bring the work of Tim Burton to mind.

This is the first fully illustrated version to use the original 1818 text and is destined to capture the imagination of those new to the story as well as those who know it well.

New York Times bestselling illustrator Gris Grimly has long considered Frankenstein to be one of his chief inspirations. From the bones and flesh of the original, he has cut and stitched Mary Shelley’s text to his own artwork, creating something entirely new: a stunningly original remix, both classic and contemporary, sinister and seductive, heart-stopping and heartbreaking. 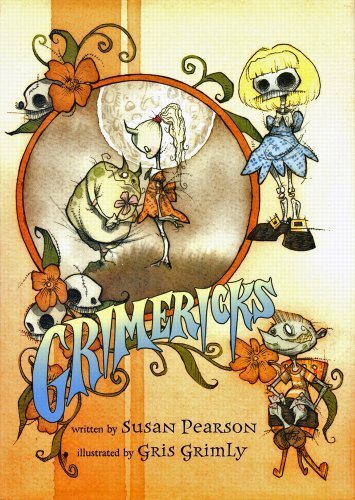 A witty collection of 20 limericks about things spooky, creepy, and crawly!

There’s a ghost of a grizzly bear, a chess-playing ghoul, and a “witchhiking” witch all grimly illustrated by Gris Grimly.

This book is a must-have for all trick-or-treaters on Halloween! 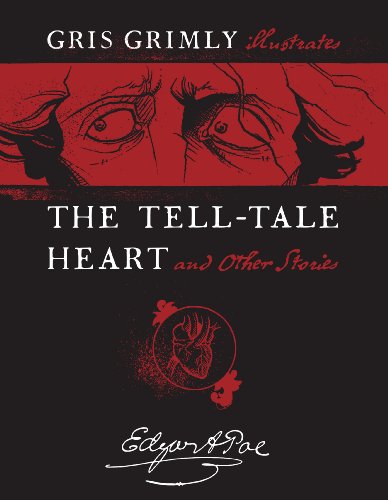 The Tell-Tale Heart and Other Stories (no reviews yet, grades 6 and up, currently priced at $1.99)

This second installment of illustrated Poe tales, a companion to Edgar Allan Poe’s Tales of Mystery and Madness *, includes the perennial favorite The Tell Tale Heart, as well as The System of Dr. Tarr and Professor Fether, The Oblong Box, and The Facts in the Case of M. Valdemar.

With little trimming and lots of gory visuals, these stories have never looked better or more frightening!

*Tales of Mystery and Madness available in hardcover only 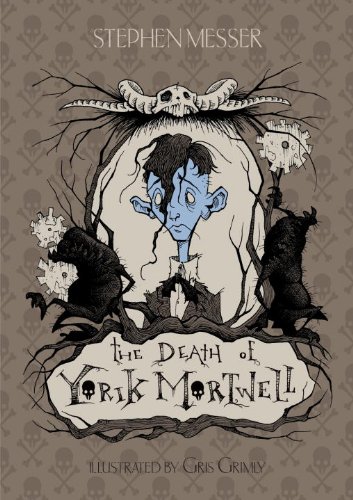 Inspired by the artwork of Edward Gorey, Windblowne author Stephen Messer delivers a mock-Gothic tale about poor Yorick (alas!), son of the Gamekeeper at venerable Ravenby Manor, who meets an untimely demise—in chapter one!

Worry not, dear reader, for Yorick returns in ghostly form, intent on revenge. In the course of his hauntings, however, ghostly Yorick discovers that all manner of otherworldly creatures inhabit the manor grounds, and that he has a part to play in saving not only his still-living orphan sister but also the manor and everyone in it.

For every young reader who enjoyed the dour dalliance of A Series of Unfortunate Events, here is Stephen Messer’s playful homage to the poor orphans of Charles Dickens, the bleak poetry of Edgar Allan Poe, and the exaggerated characters of Roald Dahl. 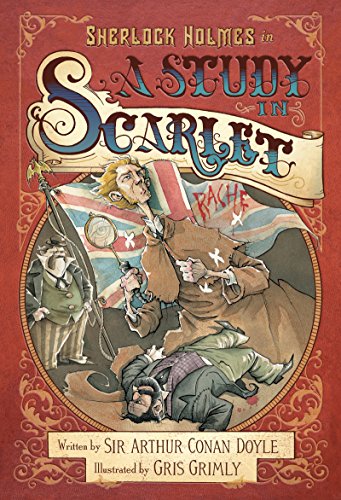 The year is 1881. The city, London. A man lies dead in an empty house, not a mark upon him, and no clues—save for the word “RACHE” scrawled in blood on the wall above. Elsewhere, two men—a former army doctor called John Watson and a brilliant eccentric called Sherlock Holmes—meet for the first time. These two events set in motion an adventure into the darkest corners of men’s hearts as the cold, calculating investigative methods of Mr. Holmes are put to the test in a case that spans decades and continents, rife with danger and intrigue.

Originally published in 1887, A Study in Scarlet was the first novel to feature a character whose name would become synonymous with the art of deduction. Today it is completely reimagined with artwork by the modern master of gothic romanticism, Gris Grimly, bringing this thrilling tale of love and revenge to a new generation of readers.