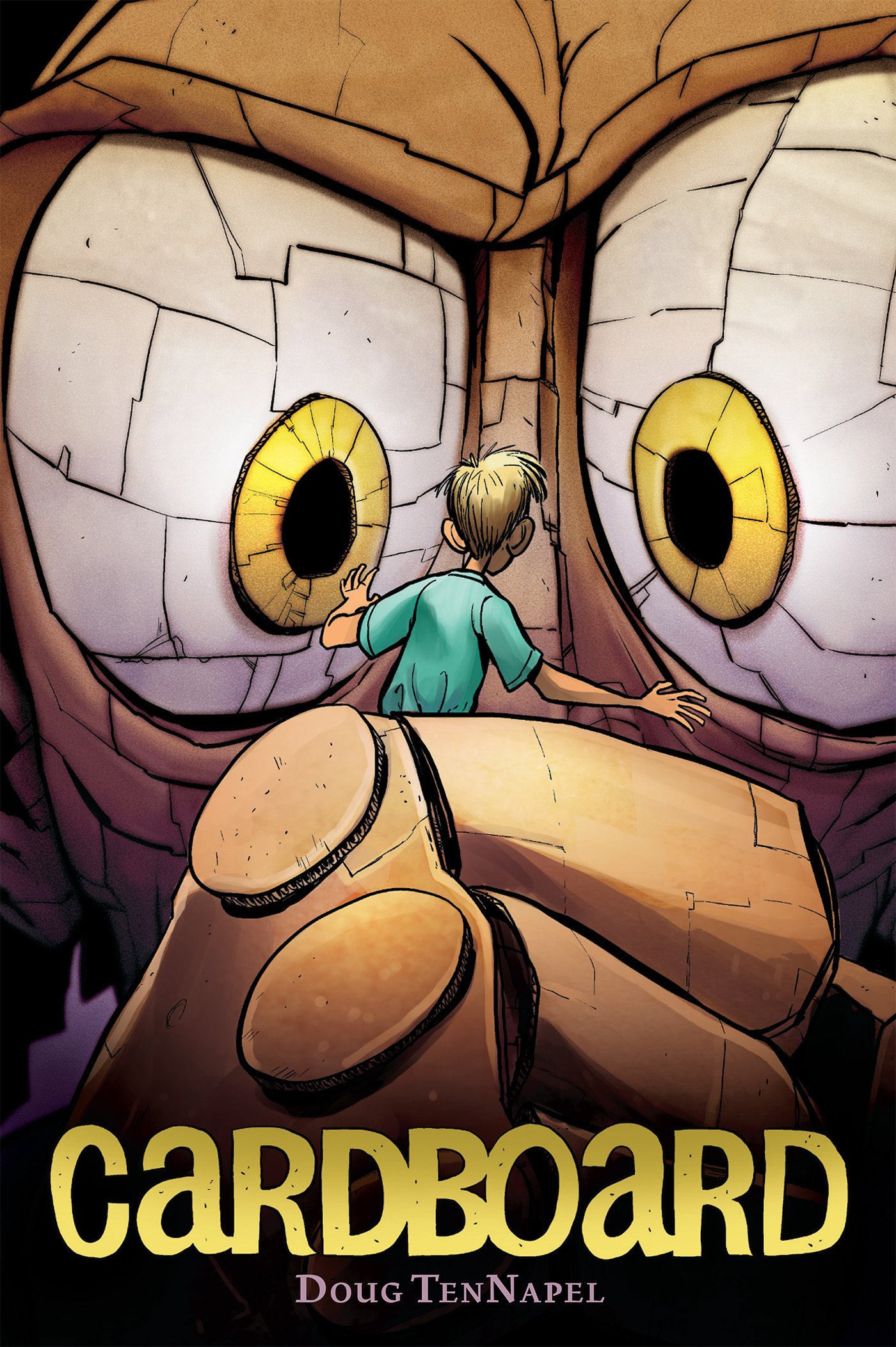 Summer is a time when it’s vitally important to keep gradeschoolers reading, so their skills will be sharp when they enter the more challenging reading material that awaits them in the middle grades. This is challenging enough with kids who aren’t struggling, but with reluctant readers it can seem an impossible task. If that’s what you’re up against, try these inventive graphic novels from Doug TenNapel.

They deal with themes kids can relate to: growing up, taking on new responsibilities, facing challenges, peer pressure, bullying and loss, but in settings and with characters that keep the material interesting, fun and age-appropriate.

When cardboard creatures come magically to life, a boy must save his town from disaster.

Cam’s down-and-out father gives him a cardboard box for his birthday and he knows it’s the worst present ever.

So to make the best of a bad situation, they bend the cardboard into a man-and to their astonishment, it comes magically to life.

But the neighborhood bully, Marcus, warps the powerful cardboard into his own evil creations that threaten to destroy them all! 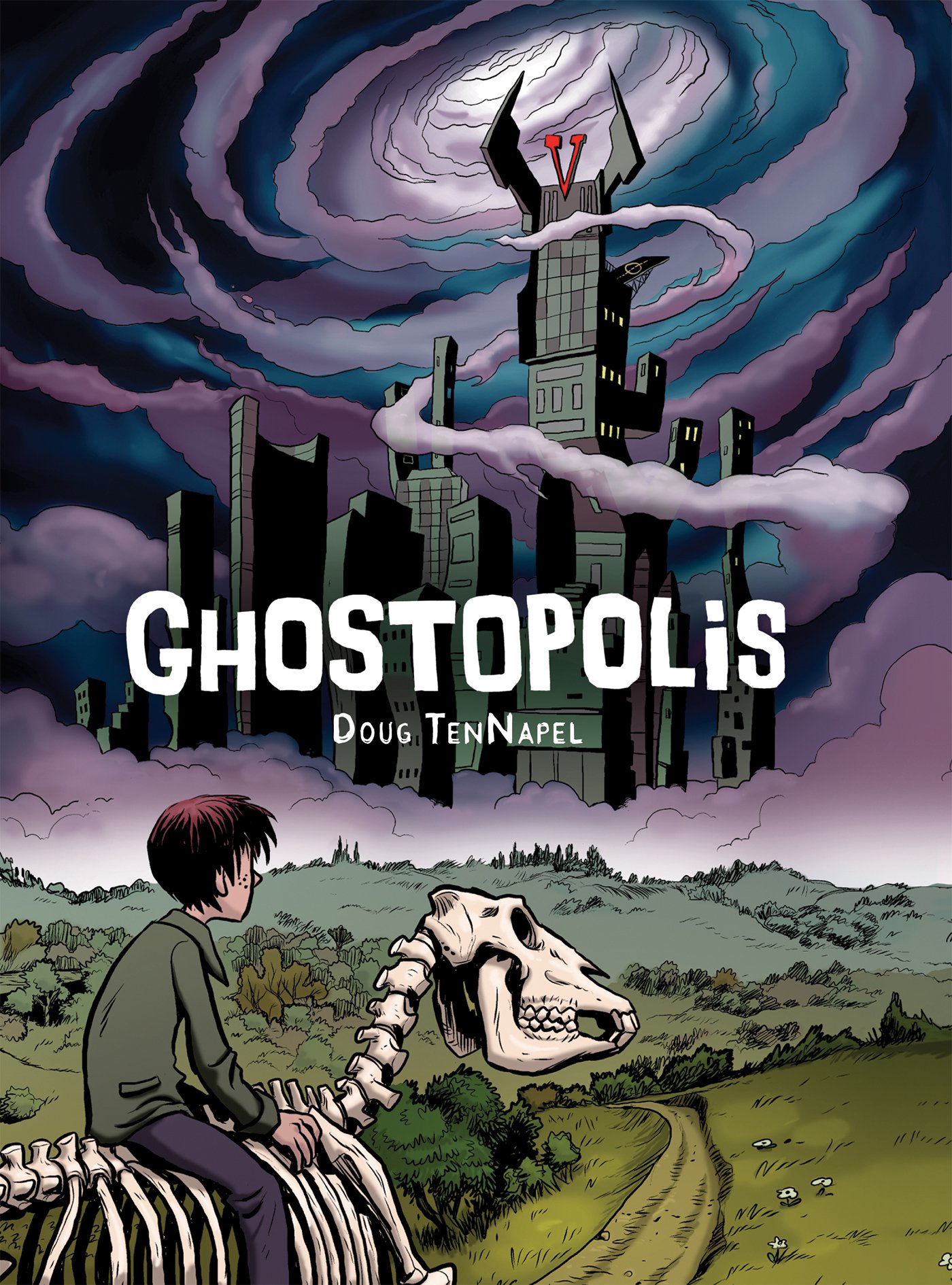 A page-turning adventure of a boy’s journey to the land of ghosts and back.

Suddenly Garth finds he has powers the ghosts don’t have, and he’s stuck in a world run by the evil ruler of Ghostopolis, who would use Garth’s newfound abilities to rule the ghostly kingdom.

When Garth meets Cecil, his grandfather’s ghost, the two search for a way to get Garth back home, and nearly lose hope until Frank Gallows shows up to fix his mistake. 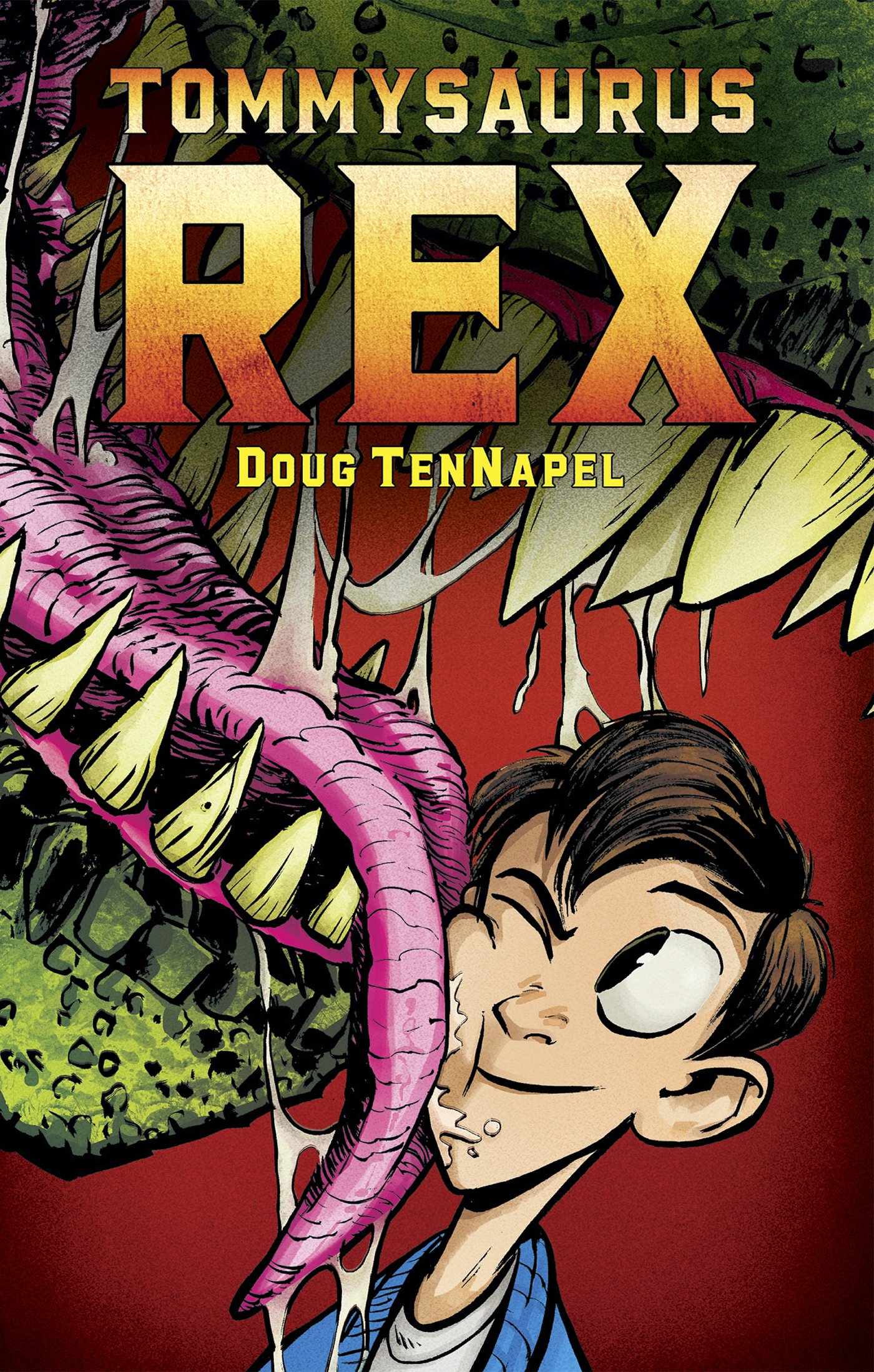 When Ely’s beloved dog, Tommy, is hit by a car, he goes to his grandpa’s house for the summer to get his mind off things. While exploring a nearby cave one day he discovers a full-grown but friendly Tyrannosaurus Rex.

As the news of the dinosaur grows around town, so does the friendship between Ely and his Jurassic pet.

But Randy, the mean kid down the street, decides he’s going to make life miserable for Ely and his dinosaur—to devastating effect. 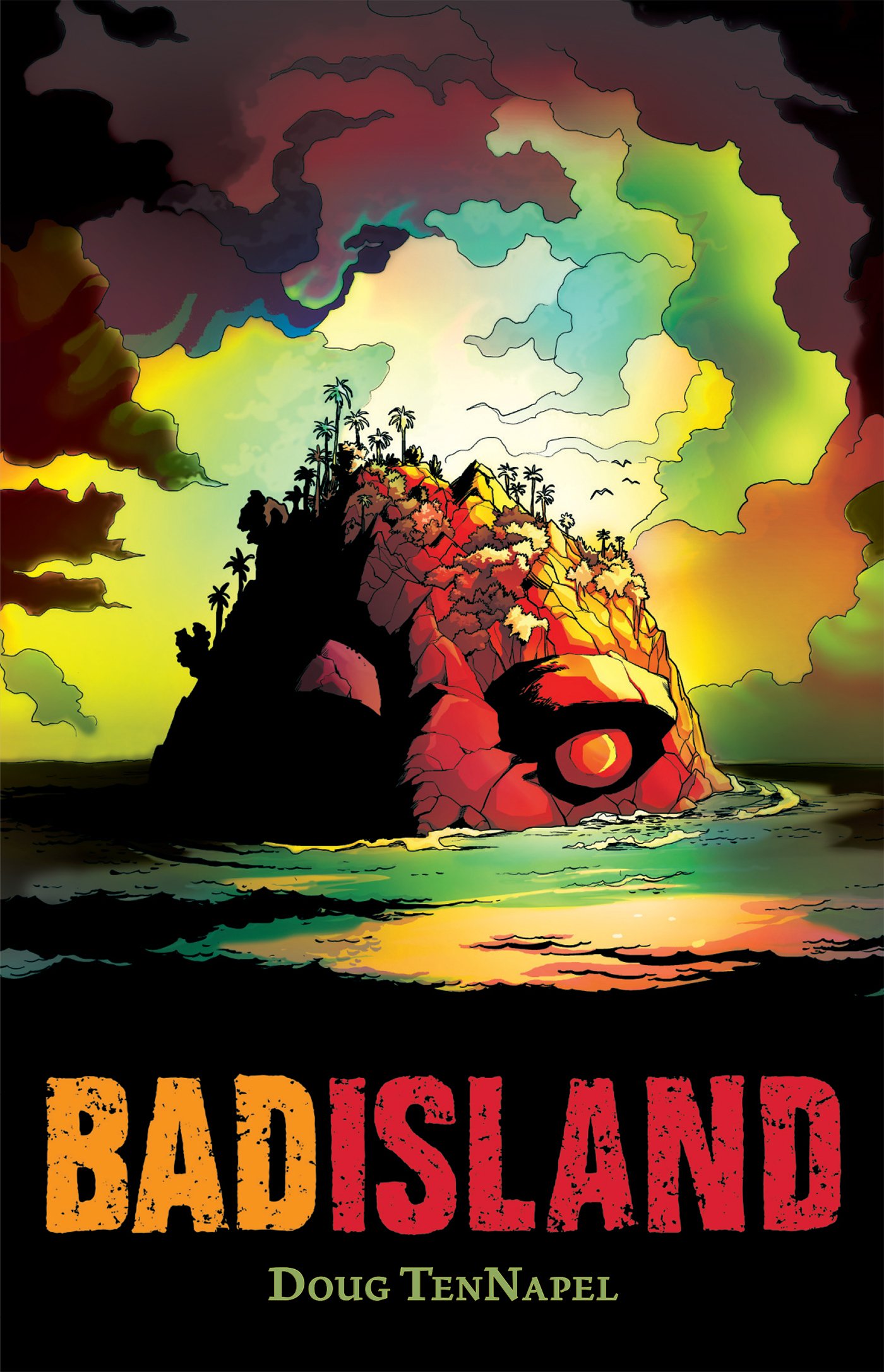 Something on this island is up to no good . . .

When Reese is forced to go on a boating trip with his family, the last thing he expects is to be shipwrecked on an island-especially one teeming with weird plants and animals.

But what starts out as simply a bad vacation turns into a terrible one, as the castaways must find a way to escape while dodging the island’s dangerous inhabitants.

With few resources and a mysterious entity on the hunt, each secret unlocked could save them . . . or spell their doom. One thing Reese knows for sure: This is one Bad Island. 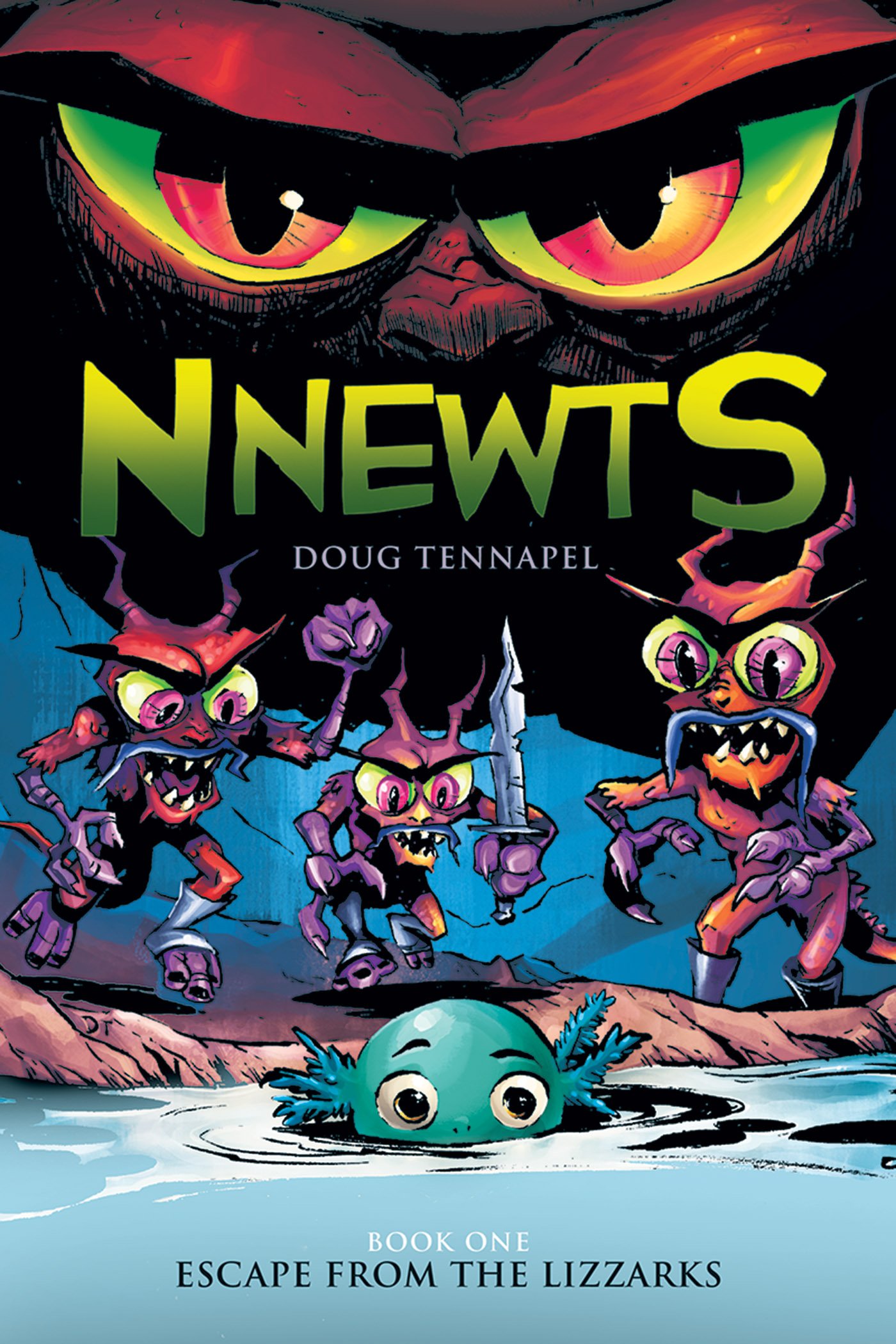 A little hero faces big challenges in the first book of this totally unique fantasy-adventure series.

The first book in the Nnewts series follows the story of Herk, a lovable Nnewt who longs for stronger legs, something his mother and father wish they could give him.

When his quaint village is attacked by the reptile Lizzarks, he’s forced to flee his home and leave behind the only life he’s ever known.

Now, all alone and on the run, Herk navigates a dangerous world filled with strange creatures and mysterious wonders, where friends are few and an evil lord is in hot pursuit.