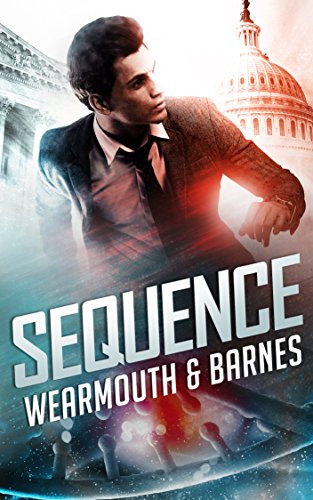 – Learn More
Text-to-Speech and Lending: Enabled
Don’t have a Kindle? Get yours here.
Here’s the set-up:
An evolution is coming…
One man’s dream will be forced on to the world…
Unless another can prevent a global conspiracy.

On the hunt to explain the disappearance of his childhood friend, journalist Jacob Miller discovers a shocking atrocity. He suspects Dr. Gray, a radical scientist, of experimenting with human clones in a covert Alaskan research facility.Unable to convince the police of the threat, Jacob infiltrates the facility to find proof. To his horror, he discovers world-changing plans that go far beyond cloning. Now he’s on the run, the target of the very organization he needs to expose. The danger grows as he gets closer to the core of a conspiracy that reaches deep inside the U.S. government.

Armed with little more than his investigative skills and a will to survive, Jacob must risk everything to stop THE SEQUENCE. Failure will see his friend’s fate remain a mystery, the loss of many lives, and the fall of the U.S. to a terrorist attack, the likes of which have never been seen before.

“SEQUENCE is a thrilling story of high tech and fast action. I found it impossible to put down and can highly recommend it.” — Matthew Mather, best-selling author of CYBERSTORM

“If you want to read one of the best tech thrillers around, check out SEQUENCE. It’ll have you turning the pages and staying up late!” — Nick Smith, best-selling author of EXTINCTION HORIZON