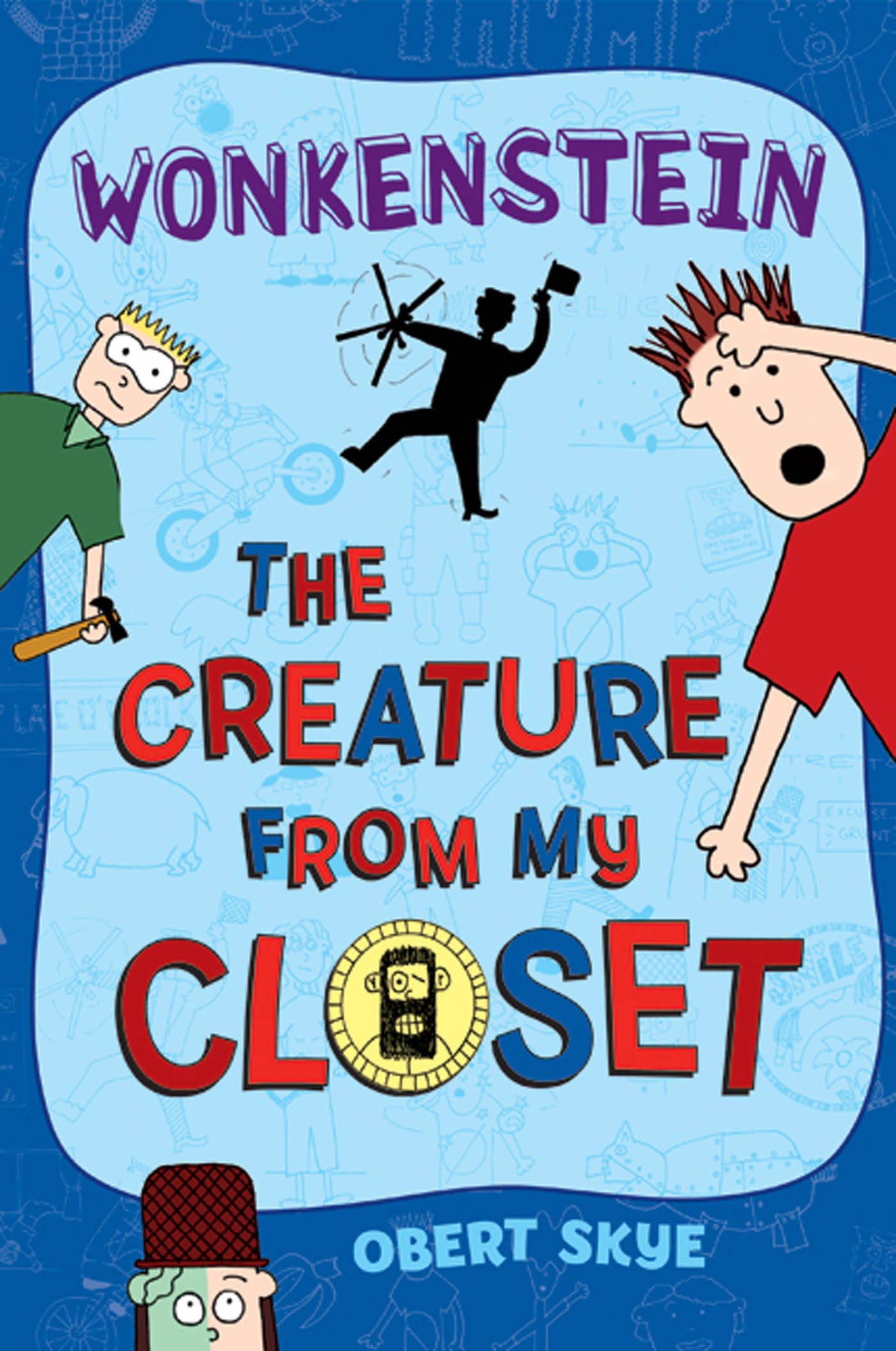 Continuing with the semi- comic book trend in kidlit, Obert Skye’s bestselling The Creature From My Closet series provides humorous mashups of other popular kid, tween and teen books and movies such as Harry Potter, Star Wars and The Hunger Games in the context of an ordinary kid’s life.

Rob Columbo doesn’t care much for books, but that hasn’t stopped his mother from buying them for him. Rob tosses them in his closet, where hybrids of the characters are brought to life by a magic closet door Rob’s father has installed—never suspecting it to be anything but an ordinary door.

Twelve-year-old underachiever Rob has better things to do than read.

His parents give him lots of books but most of them just end up in the messy pile of junk he keeps locked in his closet that once doubled as a makeshift science laboratory.

One day, Rob hears weird sounds coming from behind his closet door and discovers a funny little creature that seems to be a cross between two characters from books he’s tried to ignore. He names him Wonkenstein.

Keeping track of “Wonk” is hard work. But with help from friends and a little off-the-wall magic, Rob and Wonkenstein’s crazy adventures set the stage for great laughs . . . and Rob might even read some good books along the way. 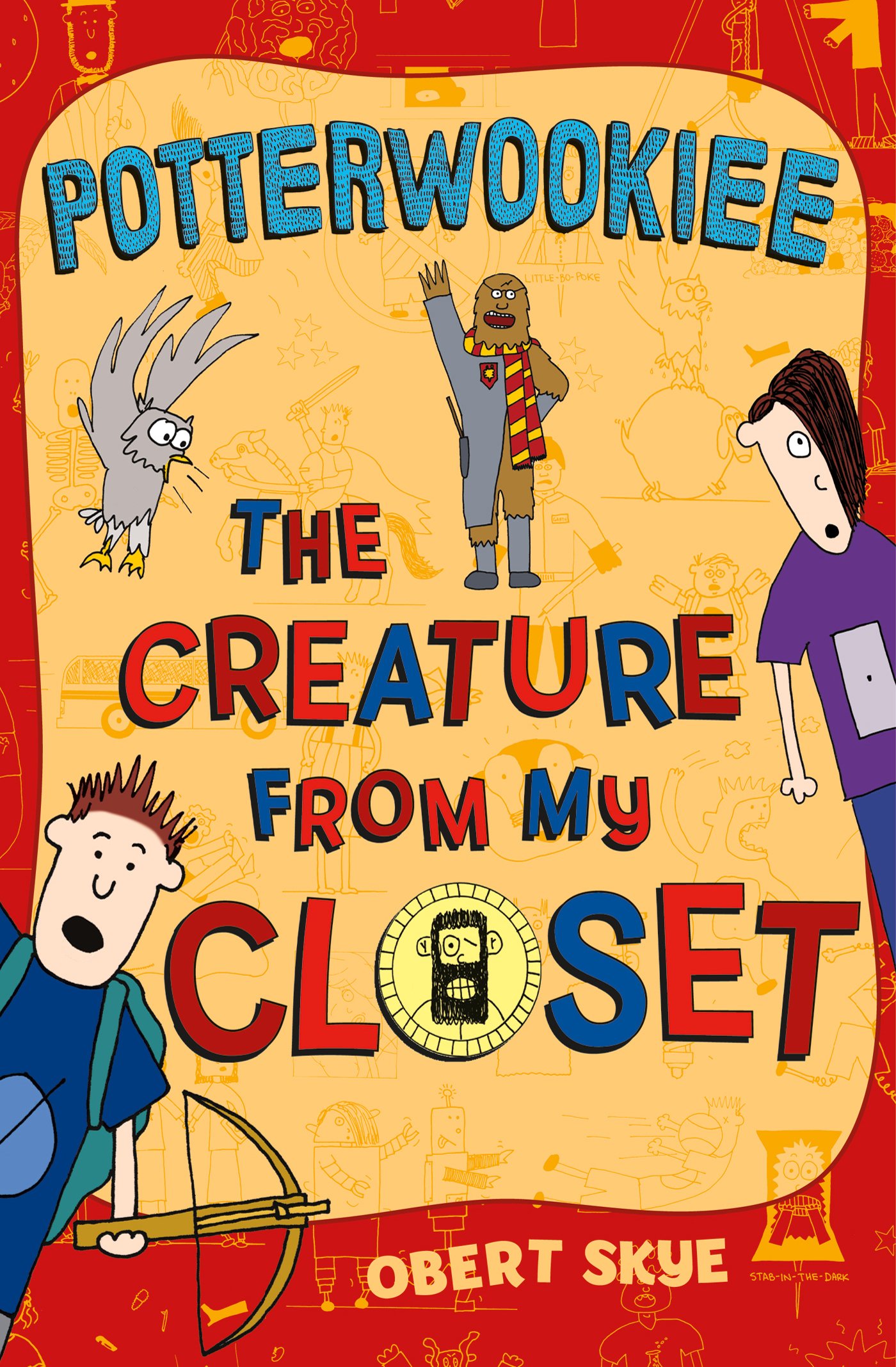 The latest creature to emerge from Rob’s closet is a cross between Chewbacca from Star Wars and Harry Potter. Rob names him “Potterwookiee” (“Hairy” for short) and soon Rob finds himself treading water as he tries to figure out how to care for his mixed-up friend. Great laughs and great books help Rob along the way.

Booklist says:
Introduced at the end of Skye’s Wonkenstein (2011), Potterwookiee is another weird combination of fictional characters: a small-scale mix of Chewbacca and Harry Potter. He has got Harry’s glasses, scarf, and scraps of his clothing, but in Skye’s kidlike illustrations, “Hairy” looks pretty much like a Wookiee. His magic spells don’t start working until the end of the book, when middle-school narrator Rob Burnside needs help with an audition for a reality TV show called Average Chef. Focusing less on school than friends, foes, and Hairy, Skye delivers a familiar and appealing mix of anecdotes, sketches, and self-deprecating humor. He is also an able satirist of family dynamics. 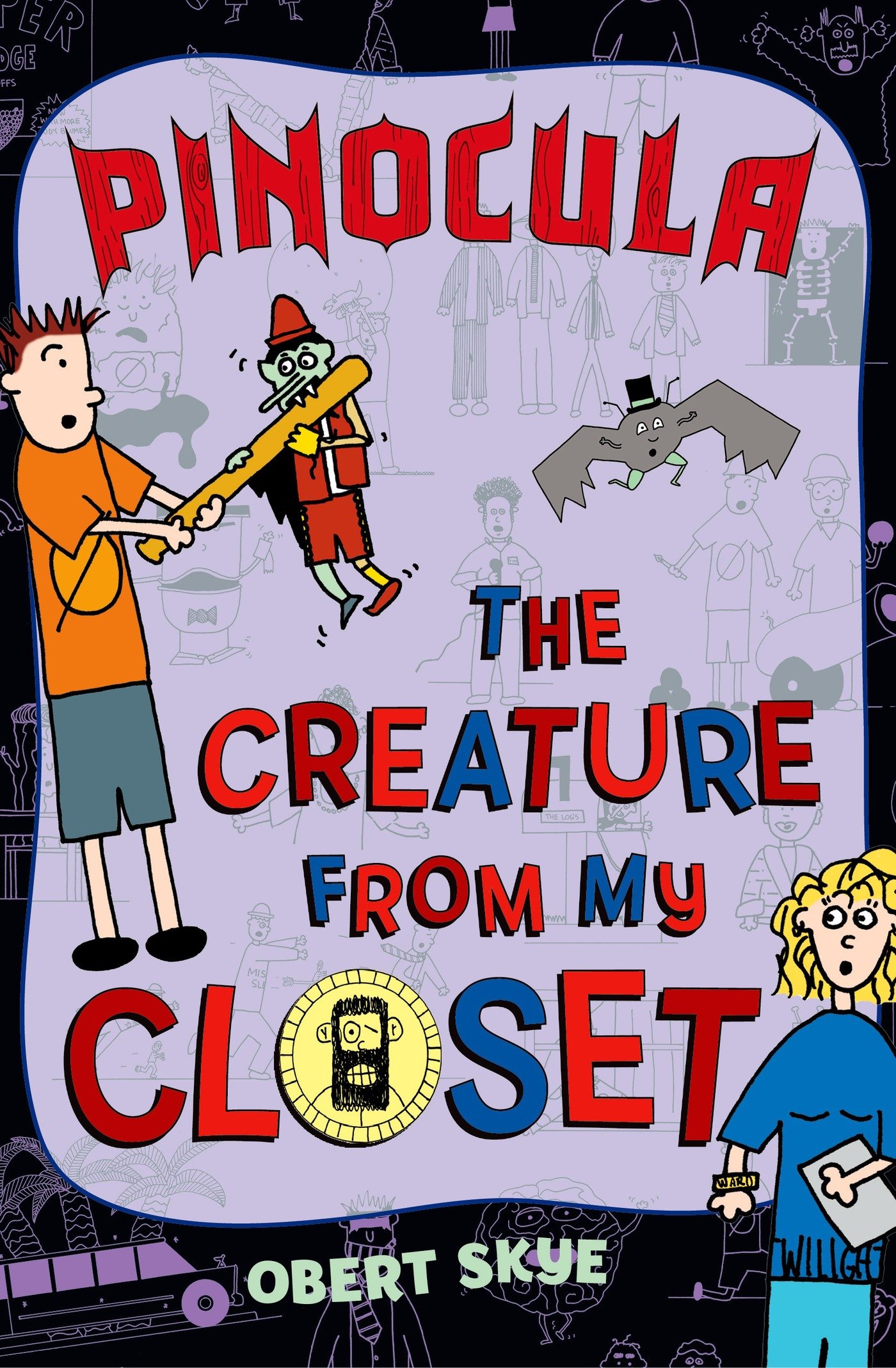 For Rob Burnside, things are going pretty well. His friends are behaving, school isn’t too bad, his family’s getting along, and Janae, the girl of his dreams, occasionally notices him.

He is a liar and a jokester and is determined to drive Rob crazy. Obert Skye doesn’t let his fans down in this hilarious installment in The Creature from My Closet series, which started with Wonkenstein and Potterwookiee. 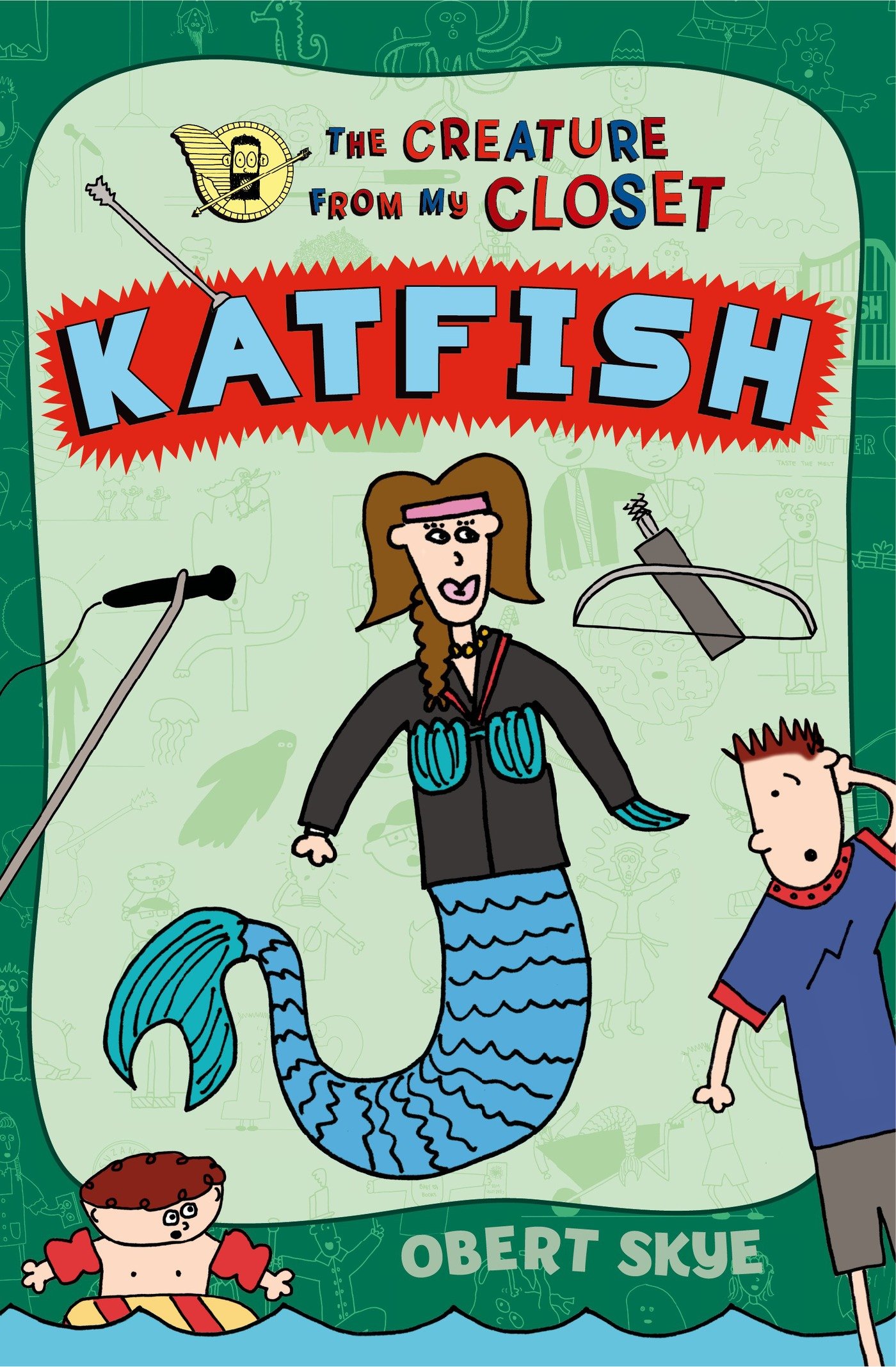 Rob Burnside’s life is in ruins. After his escapades with Pinocula and his resulting outrageous lies, everyone is fed up with him.

In this Creature from My Closet book by Obert Skye, Rob needs help. And his science laboratory closet is there to give him a hand. Meet Katfish, a mashup of Katniss from the Hunger Games and the Little Mermaid. This girl is strong as nails and sports a tail.

Everyone at Rob’s school is excited about an upcoming riff on the Hunger Games created by Principal Smelt: the Fun-ger Games. Rob is less excited because the principal and his mom have roped him into participating.

But Katfish is sticking around to help Rob out with girl advice, Fun-ger Games tips, and how to get people to stop hating him. What could go wrong?