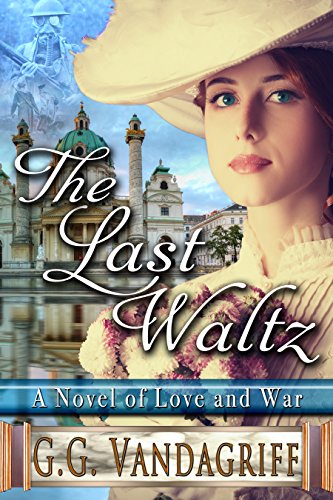 4.4 stars – 55 Reviews
Kindle Price: $1.99
On Sale! Everyday price:
Text-to-Speech and Lending: Enabled
Don’t have a Kindle? Get yours here.
Here’s the set-up:
Whitney Award for Best Historical Novel in 2009
The Year is 1914. Austrian socialite, Amalia Faulhaber, stands on the cusp of womanhood while the world stands on the brink of the worst war it has ever known. Which of the three men in her life will she choose to marry?

The Prussian officer with his Teutonic ideals?

The charming Polish doctor with dreams he dare not utter?

Or the Austrian baron who is determined to guide his country on a course away from fascism and another war?

How will the Great War and the ensuing years shape Amalia,and how will she shape the lives of the men who love her?

Thus begins the tale of a heroine of extraordinary background and resource who develops into a woman who would be extraordinary in any age.

The men in her life—a German officer in World War I, a patriotic Polish doctor, and an Austrian Baron, all shape her, but more remarkably she shapes them. Her utopian socialist uncle has raised her with ideas outside those of the upper classes, imparting to her a more complete picture of the day than possessed by the other men in her life. This quality causes her to champion the Austrian Democratic Experiment and to especially mourn its demise.

The Last Waltz is full of little known history of a land that was, in 1913, the apex of the worlds of science, medicine, art, and music. The speed with which the five-hundred year old empire fell, and the reasons behind that failure carry many warnings for the world we live in today.

“The Last Waltz is a book to savor. It educates; it is filled with action; the tender love story is mirrored in the political conflicts of the day, it is filled with points to ponder, and it entertains.”–Meridian Magazine.

“In GG Vandagriff’s newest novel, pre-World War II Austria explodes with intrigue, and volatile politics that would eventually bring the Austrian people under Hitler’s rule, and a love story that proves that a woman’s heart is as vast as the ocean. — H.B. Moore, multi-award winning, USA best-selling author