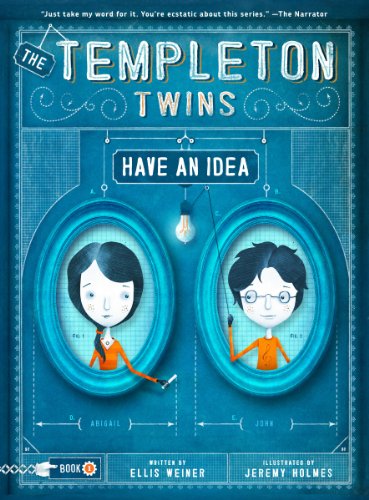 The Templeton Twins series only consists of two books so far, but they’re both fun, funny bestsellers and both have accumulated lots of glowing reviews! Perfect for reluctant chapter book readers, this series features a brother and sister who are smart and resourceful—and they have to be, to solve all the puzzles and mysteries that await them!

Suppose there were 12-year-old twins, a boy and girl named John and Abigail Templeton. Let’s say John was pragmatic and played the drums, and Abigail was theoretical and solved cryptic crosswords. Now suppose their father was a brilliant, if sometimes confused, inventor.

And suppose that another set of twins—adults—named Dean D. Dean and Dan D. Dean, kidnapped the Templeton twins and their ridiculous dog in order to get their father to turn over one of his genius (sort of) inventions. Yes, I said kidnapped.

Wouldn’t it be fun to read about that? Oh please. It would so. Luckily for you, this is just the first in a series perfect for boys and girls who are smart, clever, and funny (just like the twins), and enjoy reading adventurous stories (who doesn’t?!).

“A great book for kids who love puzzles and humor. Weiner’s narrators steal the show with their use of sarcasm and wit.” – Halley Pucker, Boswell Book Company, Milwaukee, Wisconsin

“This entertaining series will win over word lovers, mystery and puzzle solvers, fans of gadgets and those who previously had not thought of themselves as readers” – Shelf Awareness, starred review

“This book a) is extraordinarily snarky, b) has glorious illustrations, c) is sure to be a hit, d) all of the above” – NerdyBookClub.com 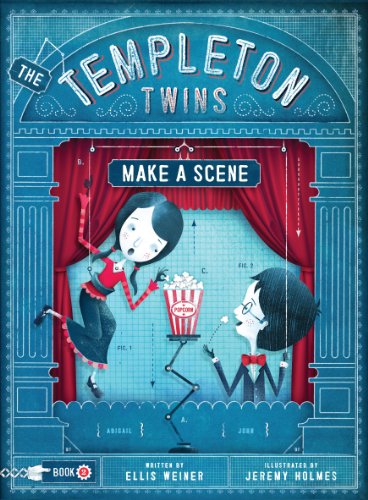 With its kid-perfect humor and dynamic illustrations, Book 1 of the hilarious Templeton Twins series left young readers clamoring for more.

This time, Abigail and John Templeton find themselves at TAPAS (the Thespian Academy of the Performing Arts and Sciences) where their father, the illustrious Professor Templeton, has been hired to invent a groundbreaking theatrical device.

Once again, there is drama (of course!), silliness, and suspense, as the twins (and their ridiculous dog) must thwart the dastardly Dean brothers in order to save the invention as well as their father (and the dog).

Oh yes, there is sure to be another recipe. This time for guacamole. Or is it coleslaw?