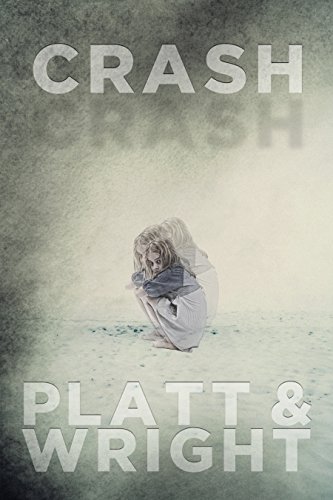 5.0 stars – 8 Reviews
Kindle Price: 99 cents
Text-to-Speech and Lending: Enabled
Don’t have a Kindle? Get yours here.
Here’s the set-up:

From the creators of the #1 horror and sci-fi series, Yesterday’s Gone, comes their first non-series book, Crash.

Sometimes the ghosts that haunt us most aren’t the dead.

It has been nearly a year since writer Thomas Witt lost his daughter in a horrible car accident which nearly killed him. He and his wife are attempting to have another child and put their lives back together.

However, he can’t move on.

In addition to his daughter, there’s something else missing — specifically his memories for six months prior to the accident.

He finds himself obsessively drawn to accident scenes where he photographs the carnage in attempts to reclaim his memories.

But what he finds in the photographs may just destroy him.

Crash is the first non-series book from The Kings of the Serial and bestselling authors, Sean Platt and David Wright.

Crash is approximately 41,000 words and contains a sneak peek at the opening chapters of Threshold, coming Sept. 2, for a total of more than 48,000 words.

5-Star Amazon Reviews
“This book was highly addictive. Just when you get comfortable in the story, another layer unfolds. I loved it!”
“Crash is a fantastic book from beginning to end. It follows the life of a troubled writer who is struggling to come to terms with the death of his daughter in an accident. He begins to see and deal with some pretty troubling matters as the story progresses. There is some excellent messages within and whilst there is plenty of darkness that one can expect from a David Wright & Sean Platt story, there is also a wonderful message of hope for anyone suffering from dark times.”