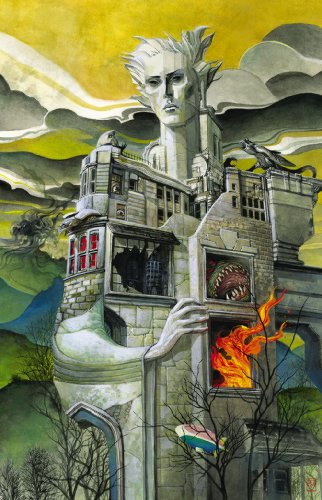 If you’re a fan of such Gaiman bestsellers as American Gods and Anansi Boys, whether you’re a regular reader of graphic novels or not, Gaiman’s The Sandman series is worth a look—especially now that Gaiman has updated that series with the new, two-volume Overture prequel.

Neil Gaiman’s long-awaited return to the SANDMAN universe continues as the secrets of the Endless and events behind Morpheus’ eventual capture are revealed!

Amazon Reviewer D. Darrach says:
Neil is one of my most favorite authors, The Sandman was one of his earliest creations, and still one of the best. The art in the new series is simply stunning. Taking great elements of the originals and bringing new beauty to the page. I literally have 3 copies of the first comic and can’t wait to pick up my physical copy of this one.

I do think it best to have read the original series, but I think even a first time visitor to The Sandman can appreciate and enjoy the story! 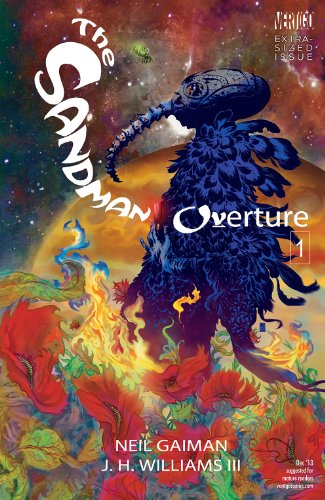 The first volume in the Overture duo, The Sandman: Overture #1, is also available and is also currently priced at just $3.99.

Note that while its overall review rating is only 3.5/5 stars, this is because the original release had some Kindle Panel view issues and several reviewers gave a low rating on account of this. However, an updated version is now available (and purchasers of the initial release received this update for free). The Kindle Panel view problems are resolved in the updated version. From Amazon:

Discover the events leading up to Morpheus’ capture at the beginning of the SANDMAN series with this prequel limited series by the legendary Neil Gaiman and award-winning artist J.H. Williams III.

Amazon Reviewer Michael C. Lent says:
This is a fascinating series and the combination of Gaiman and Williams is unparalleled in comics. The images stay in your head long after you put the book down.