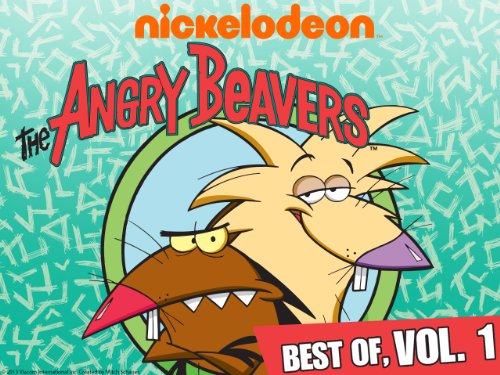 When their parents have another litter, Norbert (the smart one) and Daggett (the stupid one) Beaver have to strike out on their own. Their new home on a lake in middle of the forest seems to be the scene of most every odd occurrence imaginable.

The two beavers have to deal with wacko government scientists, 100-foot walking splinters, super-long teeth, a fish so big it can swallow a Swede, a giant cricket, the dreaded stinky toe, evil mind-controlling pond scum, a Swamp Witch, zombies, Mexican wrestlers, lying documentary-film makers, a stupidity potion, a big fat hairy naked Canadian, and a too-friendly robot, along with many other problems. In the midst of all this, Norb and Dag satisfy their love of Grade-Z 50’s sci-fi, hot peppers, Yoo-hoo, and, of course, wood.
– Written by Jonathan D. H. Parshall 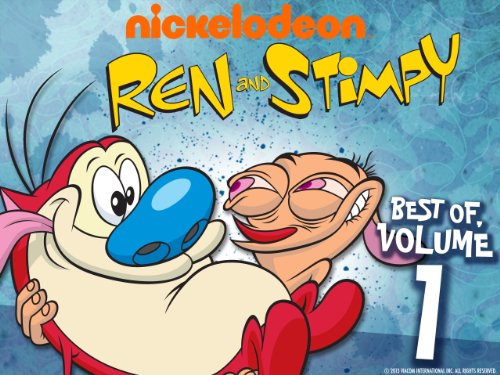 Ren is an insane, greedy, Chihuahua, and Stimpy is a fat, fun-loving, idiotic cat.

These two unlikely friends go through many humorous adventures, such as selling rubber baby bottle nipples, finding land for Canada, staying a night at a haunted house, or just looking for a job.
– Written by Cartoon King 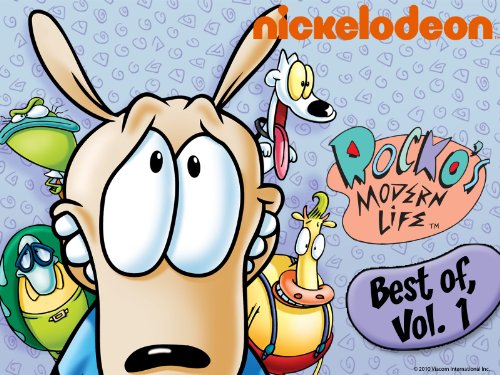 Rocko is a wallaby who has emmigrated to America from Australia. He lives in O Town and tries to get through life but, of course, comes across a multitude of dilemmas and misadventures he must get through. Other characters include Rocko’s best friend, Heffer, a steer who has been raised by wolves; Filbert, an easily upset turtle; and Ed Bighead who detests Rocko and hates having him for a next door neighbor.

On this show, Rocko has such adventures as trying to adapt to a new vacuum cleaner, having Heffer move in temporarily after his parents kick him out, and going to a movie theater.
– Written by Matt Yorston 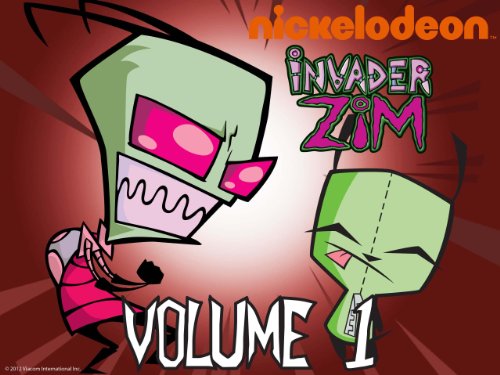 Invader ZIM is an eccentric alien soldier from the planet Irk. He was banished from the Irken Empire after nearly destroying his home planet on an early mission. After begging his superiors, the Almighty Tallest Red and Purple, for another chance, they decide to get rid of him once and for all. They trick him into going on a “secret mission” to an obscure planet at the edge of the universe, a planet with the unlikely name of Earth. Their trick works, and now ZIM is intent on bringing down the human race.

He disguises himself as a schoolboy, and now the only person who can stop him is one kid – Dib Membrane, a somewhat insane paranormal researcher, who sees straight through ZIM’s disguise and is intent on stopping his reign of terror. But neither ZIM nor Dib is very good at their job, and what results is everything imaginable, from a giant hamster destroying the city to both ZIM and Dib being turned into bologna meat.
– Written by Anonymous 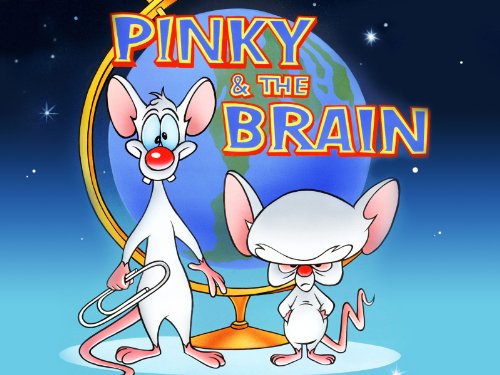 Pinky and the Brain (4.5/5 stars, currently FREE for Amazon Prime members to view, currently priced at $1.99 per episode to own, $29.99 per season to own first season only)

Pinky and the Brain are two laboratory mice living at Acme Labs whose genes have been spliced. The Brain is a genius, whereas Pinky is quite insane. Before each night is done they will unfurl a plan before the dawning of the sun to take over the world. Their twilight campaign is easy to explain: In order to prove their mousy worth they’ll overthrow the Earth.
– Written by Dan Dassow