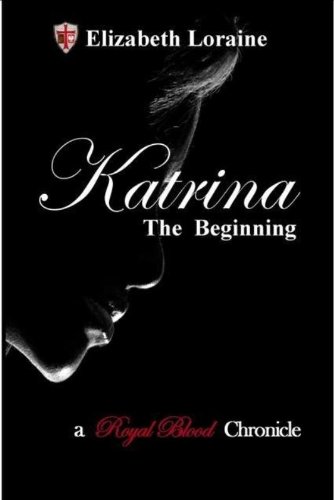 4.2 stars – 68 Reviews
Kindle Price: 99 cents
Text-to-Speech and Lending: Enabled
Don’t have a Kindle? Get yours here.
Here’s the set-up:

Looking for your next YA Series? You’ve just found it!

As a Vampire being hunted was nothing new. Finding out that I had to save those that were hunting us was!

Katrina is thrust into something she never could have imagined growing up in the aristocracy of Europe. Once the fashion of the day, and girlish gossip filled Katrina and her new friends days, but their lives changed the instant their race was threatened and they were chosen as the Five, and the protectors of not only the vampire race, but all the peaceful races of the world!

Katrina, the Beginning book one, chronicles the story of Katrina from the age of seventeen in the series – Royal Blood Chronicles – it’s full of romance, friendship, adventure and betrayal in a fast paced, fun read. It’s filled with strong female characters in a lush, beautifully drawn fantasy world built and wonderfully written by Elizabeth Loriane.

“This is a page-turning, swashbuckling adventure told by a gorgeous seventeen year old vampire on the verge of womanhood. Katrina and her companions are girls who love fancy clothes and romantic gossip; but when their race is threatened, they become Women Warriors, using their paranormal talents, lightning speed, and razor sharp blades to wreak deadly justice. By turns tense and funny, this is a great read for fans of bloodlust.” John Daniels, author and publisher