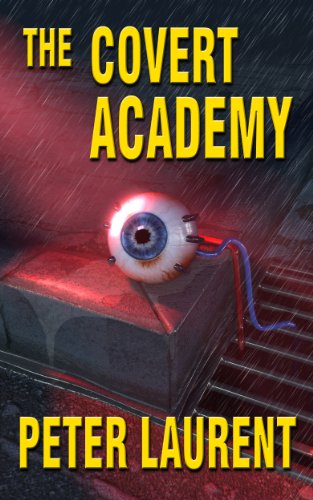 4.1 stars – 29 Reviews
Kindle Price: 99 cents
Text-to-Speech and Lending: Enabled
Don’t have a Kindle? Get yours here.
Here’s the set-up:
In the late 21st Century, the world’s governments have collapsed and mob rule sweeps the planet.
A group of so-called experts, known as the Confederacy, assume control.
When they unleash thousands of unmanned killing machines on the rioters, the conflict ends, yet the majority of the populace remain destitute under the watchful eye of the drones.
Twenty years pass. Joshua has grown up on the now ruined streets of Chicago, in the shadow of the Confederacy’s symbol of authority, the Tower, situated within their impenetrable base, the Colonnade.
With his sister taken by the Confederacy for some unknown purpose, Joshua drifts for years around the border of the Colonnade. Until one day he makes an incredible discovery that leads him to a secret resistance called the Academy, a school for training in the art of invisibility.
But Joshua has his own agenda, and he is hell-bent on a quest for the truth, no matter the cost…
Reviews

“This utterly unique book had me riveted to my chair for a read-in-one-go session! A fast-paced story with absolutely never a dull moment and so much realism it is scary.” –Ellen Fritz, Reviewer at BooksTomorrow.blogspot.com

“It was two or three o’clock in the morning and I needed to read more to see what happened.” –Pat Ritter, Author/Self-Publisher