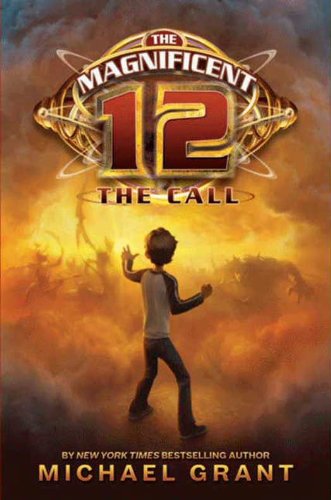 Michael Grant is the bestselling author of the YA Gone series and the BZRK series, and now he’s got another bestselling series for younger readers who are just setting out into chapter books: The Magnificent 12.

Twelve-year-old Mack MacAvoy suffers from a serious case of mediumness. Medium looks. Medium grades. Medium parents who barely notice him. With a list of phobias that could make anyone crazy, Mack never would have guessed that he is destined for a more-than-medium life.

And then, one day, something incredibly strange happens to Mack. A three-thousand-year-old man named Grimluk appears in the boys’ bathroom to deliver some startling news: Mack is one of the Magnificent Twelve, called the Magnifica in ancient times, whatever that means. An evil force is on its way, and it’s up to Mack to track down eleven other twelve-year-olds in order to stop it. He must travel across the world to battle the wicked Pale Queen’s dangerous daughter, Ereskigal—also known as Risky. But Risky sounds a little scary, and Mack doesn’t want to be a hero. Will he answer the call? 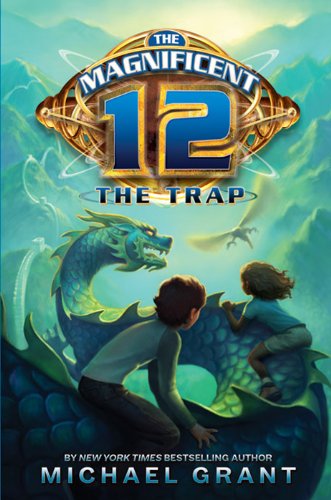 In the thrilling second book of the Magnificent 12 series, Mack MacAvoy is challenged by his spectral mentor, Grimluk—who only appears in the shiny chrome pipes of bathrooms.

Mack must find the ancient ones, the great forgotten forces. Some will help; some not so much. But above all—

Time is short! The wicked Pale Queen’s three-thousand-year banishment ends in thirty-five days, and she will be free to destroy the world. It’s up to Mack to stop her return. But what do all of Grimluk’s clues mean? Can Mack achieve everything he must do without getting killed by the evil Risky—and escape the trap? 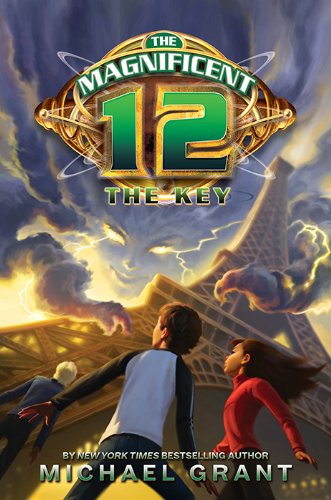 Fans of the 39 Clues books will love The Key, the third entry in Michael Grant’s middle-grade Magnificent 12 series. Full of adventure and wackiness, the Magnificent 12 books are also perfect for readers of funny, action-filled series like Dan Gutman’s Genius Files.

With 21 phobias, Mack MacAvoy is more of a wimpy kid than a hero, but he is on a quest to defeat the wicked—and crazy, and mean, and dangerous—Pale Queen before her three-thousand-year banishment ends.

In The Key, Mack must find more of the Magnificent 12, the twelve twelve-year-olds fated to stop the queen from destroying the world, and assemble a key—a cheat sheet, really—to a magical language. Along the way, he’ll transform the Loch Ness monster into a gigantic duck, and transport the Eiffel Tower across the River Seine.

The Key is another fast-paced episode in Michael Grant’s bestselling and hysterical fantasy adventure series. 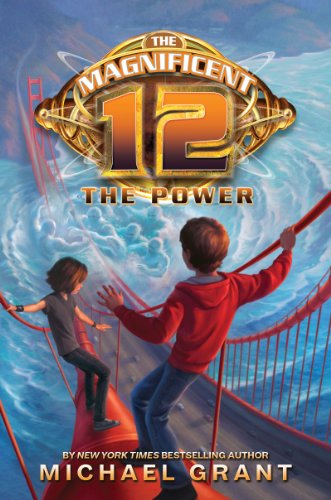 Note that this book is available for pre-order, and will be automatically delivered to pre-order buyers on its release date of 8/27/13.

Michael Grant, author of the New York Times bestselling Gone books, shows his funny side in this fantasy-adventure series, which concludes with this fourth book.

Monty Python–like humor makes the Magnificent 12 perfect for fans of funny, action-filled series like Dan Gutman’s Genius Files. The characters travel across the world, which also makes this series a great pick for readers and teachers with an interest in geography.

In The Magnificent 12: The Power, time is running out for Mack MacAvoy and the Magnificent Twel—er—Seven! In just a few short days, the Pale Queen will emerge from her earthly prison to destroy the world.

But Mack and the Magnificent Twel—er—Seven are all but powerless against the Pale Queen and her evil daughter, Risky, unless they can assemble the other five Magnifica. The first step is to convince the evil traitor Valin to come over to the good side, a task that will force Mack to face his pogonophobia once and for all.

(What? You’ve never heard of pogonophobia? It’s a thing, we swear. At least, it’s a thing for Mack. A serious thing. You’ll see.)

If they can convince Valin to switch sides and assemble the other four Magnifica, the Pale Queen won’t stand a chance. It will all be over!