The Sound of Loneliness 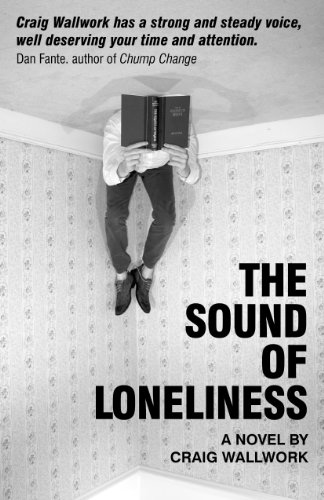 Manchester in 1991 is a town suffering under the weight of high unemployment and massive government budgetary deficits that is plunging the UK into a recession. To Daniel Crabtree, a struggling writer, it is the backcloth to his first novel, one that will see him become a famous published author. Living off mostly water and flour, Daniel has embraced penury into his life under the mistaken belief that many young artists have: one needs to suffer for success in art. But Daniel is a terrible writer. In the three years since signing on the dole, of every morning chastising his Irish singing neighbour for waking him from his sleep, and scrounging food from his close friend Henry Soperton, Daniel Crabtree has produced one short story. His heart is bereft of words as much as his pockets are of money.

It is a story of love, and how a poor starving man chasing a dream came to the understanding that amidst the clamour of life, the sound of loneliness is the most deafening of all.

Reviews
“Craig Wallwork has a strong and steady voice, well deserving your time and attention” –Dan Fante
“This novel deserves 5 stars! The Sound of Loneliness is touching, interesting, and entertaining. It made me think of people I’ve come across in my life who resembled Daniel’s thought processes.” – Amazon 5 Star Review
Visit Craig Wallwork’s Amazon Author Page