A Time of Myths: A Mystery Adventure 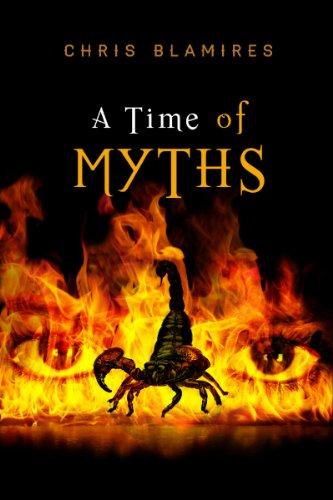 4.7 stars – 6 Reviews
Kindle Price: 99 cents
Or currently FREE for Amazon Prime Members Via the Kindle Lending Library
Text-to-Speech and Lending: Enabled
Don’t have a Kindle? Get yours here.
Here’s the set-up:

A Sweeping Tale of Mystery and Suspense, steeped in the folklore of the 20th century and played out in 60′s Woodstock, 80′s Soho & on a remote Greek Island – an ideal vacation read:

Ostensively, it’s an action adventure and murder mystery interwoven with an enduring love story. But dig deeper and darker themes are uncovered, for the novel seeks also to examine who we are and how far we are truly in control of our actions, and even of our lives.

« A great book…would recommend to anyone who loves a well structured story which delves into minds, lives and emotions » ***** A. Rose, VINE VOICE, TOP 500 AMAZON REVIEWER

«  evocative, tense and dramatic…the backgrounds are drawn with authority and authenticity »  **** Mrs. Katharine Kirby, VINE VOICE, TOP 100 AMAZON REVIEWER
« …evokes so well the atmosphere…stays compelling right up to the end » ***** Eileen Shaw, TOP 1000 AMAZON REVIEWER
« …a genre-busting novel…thrills, a little bit of magic and mystical goings on, and a dollop of history too…a fine debut from new author Chris Blamires »  **** Lincs Reader, VINE VOICE, TOP 500 AMAZON REVIEWER
« …a book that makes you think as well as one that tells a story of multiple strands, all nicely winding together to the perfect ending. » **** C. Bannister, VINE VOICE, TOP 500 AMAZON REVIEWER
About The Author
Chris Blamires has had an eclectic set of careers, ranging from hit musical writing (Edinburgh Fringe Festival), through research consultant to many FTSE 100 companies, to author of an extremely successful music publishing venture. He has never strayed very far from the Greek Islands (his spiritual home), or from the 60′s (his philosophical home). This is his first novel.