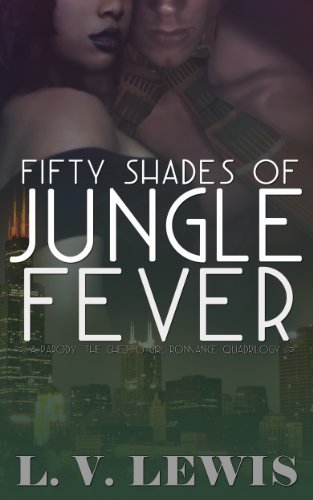 4.5 stars – 171 Reviews
Kindle Price: 99 cents
Text-to-Speech and Lending: Enabled
Don’t have a Kindle? Get yours here.
Here’s the set-up:

FIFTY SHADES OF GREY to the second power meets Keisha and Jada from the Block.

If you’ve wondered how an ethnic girl from the hood might’ve handled an arrangement with an experienced white Dominant, this is your book. If you’d like to see the sexiest TWIN DOMS in a contemporary romance series in interracial relationships, this is most definitely your book.

Aspiring recording studio owners, Keisha Beale and Jada Jameson, score a rare meeting with venture capitalist Tristan White, and are thrust into a world beyond their wildest imaginations.

Street-wise Keisha is startled to realize she wants this rich white man, despite the certainty that he is out of her league. Unable to resist Keisha’s sassy, irreverent, and fiercely independent spirit, Tristan knew from day one he wanted her, too–as his first African American submissive.

Upper Class Jada of the Springfield Jamesons has traveled in almost the same circles as the White brothers, and has had a secret crush on Nathan White, the point guard for the Chicago Bulls, for quite some time.

Both brothers have succumbed to jungle fever, and want a little coffee in their cream.

Lured by Tristan White and his offer of fronting the capital for her business in exchange for kinky sex, Keisha finds herself with no other option. Keisha is also tortured by a demons from her past, and her inability to come to terms with them threatens to undermine the future of her business and her tumultuous, unconventional relationship with Tristan White.

The first two books focus on Keisha and Tristan’s romance, and the final two focus on Jada and Nathan’s.

“No one is more surprised than I am that I loved this book. . . .  The title is parody wrapped up in irony cloaked in social commentary with a healthy dollop of humor. So that takes care of the title. So don’t be afraid of it because of that.” — Nia Forrester, Author of Commitment, Unsuitable Men, The Seduction of Dylan Acosta

“I enjoyed Fifty Shades of Jungle Fever because it didn’t take itself too seriously. This isn’t a bandwagon book but a true parody, and that’s what makes it outshine the others. . . If I have one recommendation for Ms. Lewis, it’s this: Find a way to give Triple G (Ghetto Good Girl) and Fairy Hoochie Mama their own book! They’re that funny.” — The Black, Author of Passion’s Nectar, The Neighbor, and Elle
About The Author

L. V. Lewis is a new author who decided that stories like Fifty Shades of Grey needed a little more diversity and comedy in them. A married parent of four residing in South Georgia, Lewis loves romances that involve interracial couples because L. V. envisions a world when it won’t matter to anyone else who you love because, despite the civil rights movement and a biracial US President, we aren’t there yet.L. V. and spouse are political junkies. One leans right, the other left. Thankfully, this has never caused any issues in their relationship. If Lewis told you which of them was Democrat and which was Republican, you just might be able to figure out which is Dominant and which is submissive.

For more information, check out http://lvlewis.com/.

Net Worth
Mason Hill wants one thing: revenge. When Charlotte walks into his office, all innocence and desperation, he knows the perfect way to get it. He makes a dark bargain. She’ll give him her body to save her family. Little does she know he plans to ruin both. Charlotte Van Kempt will do anything to keep her family afloat. Even if it means signing a contract with a mysterious billionaire. Except he has secrets that unravel in front of her. He has...
Net Worth
by Amelia Wilde
is a sponsored collaboration between
BookLending.com and Kindle Nation Daily.
For more information, click here.

The Devil's Heart: A Nick Randall Novel
In a remote section of Argentinian jungle, an archeological team searching for an ancient, mysterious relic vanishes without a trace. With nowhere else to turn, a colleague seeks the help of archeologist Nick Randall and his daughter Samantha to help find the missing team…and the relic. Randall and Sam travel through miles of jungle searching for the missing scientists, but soon find themselves in a nightmare of unimaginable terror. The...
The Devil's Heart: A Nick Randall Novel
by Robert Rapoza
is a sponsored collaboration between
BookLending.com and Kindle Nation Daily.
For more information, click here.