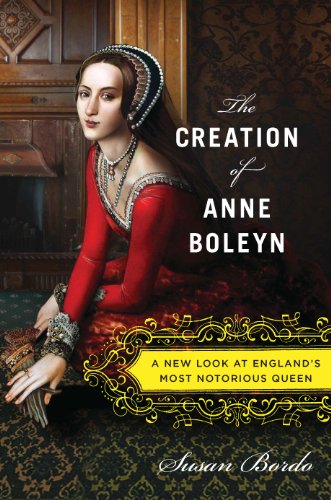 Whether you’re a fan of the Showtime series The Tudors or simply a history buff when it comes to Tudor England, this historical novel and well-researched biography about the much-maligned Anne Boleyn will be worth a closer look.

The Creation of Anne Boleyn: A New Look at England’s Most Notorious Queen (4.5/5 stars, currently priced at $9.45)

Part biography, part cultural history, The Creation of Anne Boleyn is a fascinating reconstruction of Anne’s life and an illuminating look at her afterlife in the popular imagination. Why is Anne so compelling? Why has she inspired such extreme reactions? What did she really look like? Was she the flaxen-haired martyr of Romantic paintings or the raven-haired seductress of twenty-first-century portrayals? (Answer: neither.) And perhaps the most provocative questions concern Anne’s death more than her life. How could Henry order the execution of a once beloved wife? Drawing on scholarship and critical analysis, Bordo probes the complexities of one of history’s most infamous relationships.

Bordo also shows how generations of polemicists, biographers, novelists, and filmmakers imagined and re-imagined Anne: whore, martyr, cautionary tale, proto “mean girl,” feminist icon, and everything in between. In this lively book, Bordo steps off the well-trodden paths of Tudoriana to expertly tease out the human being behind the competing mythologies.

“The author offers interesting insights into the representation of a historical figure, as well as varying feminist interpretations of Boleyn’s legacy…this engaging portrait culminates with an intriguing exploration of Boleyn’s recent reemergence in pop culture.”
—Publishers Weekly 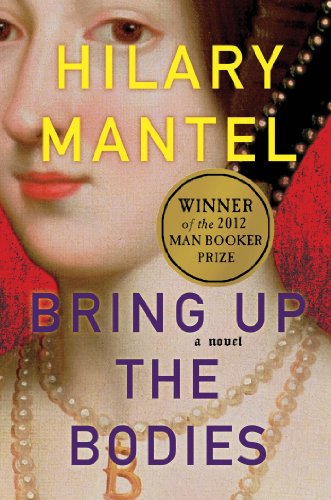 The sequel to Hilary Mantel’s 2009 Man Booker Prize winner and New York Times bestseller, Wolf Hall delves into the heart of Tudor history with the downfall of Anne Boleyn

Though he battled for seven years to marry her, Henry is disenchanted with Anne Boleyn. She has failed to give him a son and her sharp intelligence and audacious will alienate his old friends and the noble families of England. When the discarded Katherine dies in exile from the court, Anne stands starkly exposed, the focus of gossip and malice.

At a word from Henry, Thomas Cromwell is ready to bring her down. Over three terrifying weeks, Anne is ensnared in a web of conspiracy, while the demure Jane Seymour stands waiting her turn for the poisoned wedding ring. But Anne and her powerful family will not yield without a ferocious struggle. Hilary Mantel’s Bring Up the Bodies follows the dramatic trial of the queen and her suitors for adultery and treason. To defeat the Boleyns, Cromwell must ally with his natural enemies, the papist aristocracy. What price will he pay for Anne’s head? 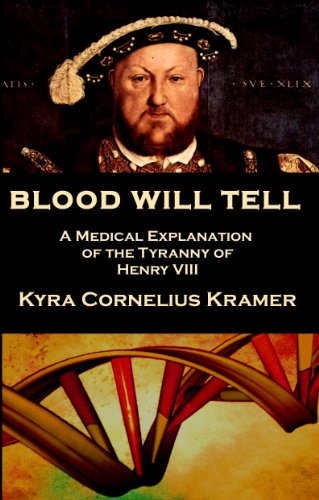 These next two books aren’t specifically about Anne Boleyn, but will provide more insight to King Henry VIII and life at his court.

Blood Will Tell: A Medical Explanation of the Tyranny of Henry VIII (4/5 stars, currently priced at $4.99)

He was a man of fascinating contradictions—he pursued a woman he loved for almost a decade only to behead her less than four years after their marriage. He defended Catholicism so vigorously that he was honored as Defender of the Faith, but he went on to break with Rome and have himself declared Supreme Head of the Church of England. Worst of all, the King who began his reign praised as “hero” and “lover of justice and goodness” ended it having metamorphosed into such a monster that he was called the “English Nero.”

What could have caused these incredible paradoxes? Could there be a simple medical explanation for the King’s descent into tyranny? Where do the answers lie?

The book tells about the Henry’s health, how the Tudor physicians would have understood his illnesses, his complex love life, the way his behavior altered over time, and how his mental state affected his court and his kingdom. Furthermore, I did my best to correct some common historical inaccuracies seldom addressed in non-academic works, and tried to explain how cultural gender ideologies have frequently influenced the public’s conceptions about Henry’s wives. 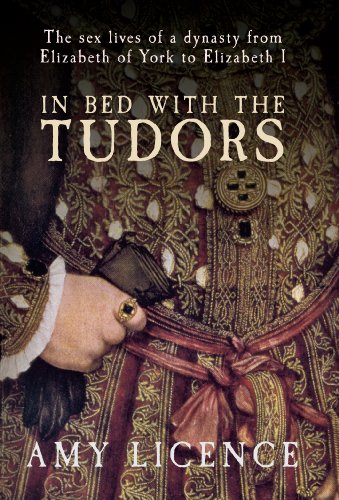 In Bed with the Tudors: The Sex Lives of a Dynasty from Elizabeth of York to Elizabeth I (4/5 stars, currently priced at $9.99)

Learn what went on behind closed doors in the Tudor court. Illegitimate children, adulterous queens, impotent kings, and a whole dynasty resting on their shoulders.

Sex and childbirth were quite literally a matter of life or death for the Tudors – Elizabeth of York died in childbirth, two of Henry VIII’s queens were beheaded for infidelity, and Elizabeth I’s elective virginity signaled the demise of a dynasty. Amy Licence guides the reader through the births of Henry VII and Elizabeth of York’s two sons, Arthur and Henry, Catherine of Aragon’s subsequent marriages to both of these men, Henry VIII’s other five wives and his mistresses, and the sex lives of his daughters.

This book details the experiences of all these women, from fertility, conception and pregnancy through to the delivery chamber, on to maternal and infant mortality. Each woman’s story is a blend of specific personal circumstances, set against their historical moment: for some the joys were brief, for others it was a question that ultimately determined their fates.
– – – – –

Don’t be fooled by the title, for the book is not a romp through the bedroom of Henry VIII as in the show, “The Tudors,” but an interesting and insightful history of pregnancy in Tudor times, with the focus being on the royal family. Due to the lack of medical knowledge, and the overall submissive role of the woman in this time, women relied a lot on religious ritual to make it through pregnancy and childbirth and this books elucidates that quite well.