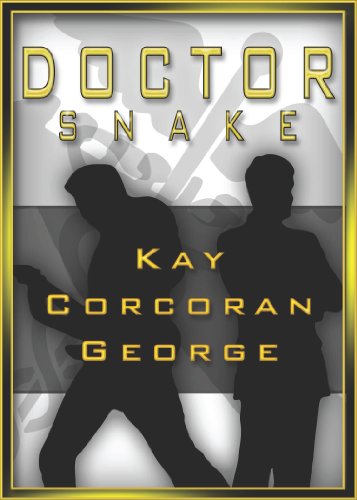 5.0 stars – 1 Reviews
Kindle Price: $4.99
Text-to-Speech and Lending: Enabled
Don’t have a Kindle? Get yours here.
Here’s the set-up:
This story begins twenty years in the future and Dr. Eric Winslow, a prominent pediatric neurosurgeon, has performed an illegal surgery to save his nephew’s life. After he is released from Compound Pro and changes his identity; donning an alter ego as the singer ‘Snake’. Unable to surrender his desire to help those that are afflicted with deformities he sets up an apartment as a surgery room and again transforms the lives of children. The fierce arresting officer, Jerome Running Crane, is envious of the doctor’s strong character, and his unrelenting compassion, and remains suspicious of the doctor’s intentions. When Jerome discovers that Dr. Winslow is the singer Snake he is compelled to follow him and catch him performing surgery. With natural resources and food supply dwindling and the increased population of pedophiles, it has become unsafe and is strongly discouraged by society to become pregnant. The federal government has also placed restrictions and high tax on those having children. Jerome Running Crane’s sister decides to continue with the unexpected pregnancy. She wants to bring a child into the world to continue the bloodline of their heritage of the Assiniboine Native Tribe. After Jerome interrupts surgery, and is tempted to arrest Dr. Eric Winslow, the tables turn on the officer and he appeals to the doctor to save his sister who is now in danger of losing her life through complications in her pregnancy. Just on the brink of fame with his music career, the doctor/singer finds a small boy abandoned in an alley with Proteus Syndrome (i.e. the Elephant Man) and takes him in. He grows to love the frail child as if he were his own, only to encounter critical complications while performing surgery to alleviate his breathing complications. The doctor is devastated and thrown into despair and refuses to perform with his band until his nemesis, Running Crane, intervenes and revives the doctor’s passion for healing.
5-Star Amazon Review
“This book had me hooked from the start and the ending was like BAM!!! If you want a refreshing break from predictable story lines, this is it. Doctor Snake is intriguingly original and oh so satisfying!!!! It had me scrambling to find another book by Kay George. I AM A FAN!!!”