The Girl From Long Guyland 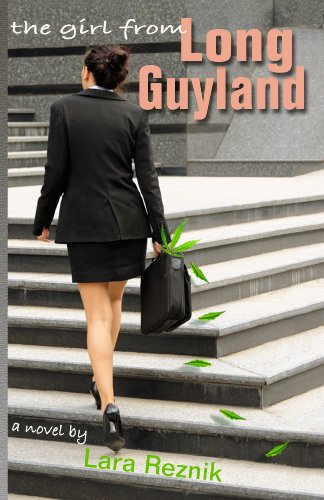 4.1 stars – 92 Reviews
Kindle Price: $2.99
Or currently FREE for Amazon Prime Members Via the Kindle Lending Library
Text-to-Speech and Lending: Enabled
Don’t have a Kindle? Get yours here.
Here’s the set-up:

MEMOIR MEETS THRILLER:  Laila Levin enjoys a successful marriage and a thriving career as an I.T. executive in Austin, Texas, but she can’t quite shake her lifelong sense of not truly belonging anywhere. When her company announces a major layoff, Laila finds herself caught between an unscrupulous CEO and her promiscuous boss. Then news of her college roommate’s suicide stirs up a dark secret involving three devious friends from her past. One has betrayed a vow, another wants to rekindle their romance, and the third is out for revenge.
Suddenly for Laila, it’s 1969 again. She’s only seventeen, and she’s left her sheltered home in Long Island for college in Connecticut. Amid protests of the Vietnam War, she’s tempted by the sex, drugs, and rock ‘n’ roll that rule her generation. Laila gets swept up in a deceptive love triangle with two older locals and initiated into their unethical hippie family. Too late she realizes her search to belong has led to tragedy.

Laila must now juggle the demands of her perplexed husband and her baby boomer past forcing her to make choices that endanger her survival and challenge her conscience. She learns that the lines between right and wrong are often blurred, and sometimes you have to risk everything to be true to yourself.

“In Reznik’s debut novel, a woman confronts long-buried secrets when an old college friend commits suicide. . . . While effective as a page turner, the novel also tells a timeless, universal tale of a woman’s journey toward self-acceptance. An exciting tale of past crimes and dangerous friendships.” –Kirkus Reviews

★★★★★ “I love a mystery and I love stories about the late 60’s/early 70’s and this book has both. Really fun read.” —Barbara Gaines, Executive Producer, The Late Show with David Letterman

★★★★★ “Lara Reznik masterfully creates a story that brings the past and present together seamlessly. . . . I can honestly say it is not often that the plot of a book surprises me the way this one did. This book is truly timeless. I would recommend “The Girl from Long Guyland” to anyone who likes to read no matter what their preferred genre.” —Katherine Bennett, Reviewer, Readers Favorite