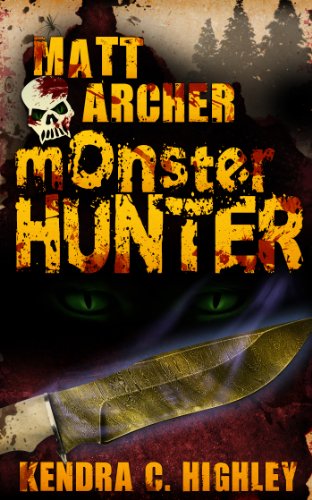 4.8 stars – 32 Reviews
Kindle Price: 99 cents
Text-to-Speech and Lending: Enabled
Don’t have a Kindle? Get yours here.
Here’s the set-up:

Fourteen-year-old Matt Archer spends his days studying Algebra, hanging out with his best friend and crushing on the Goddess of Greenhill High, Ella Mitchell. To be honest, he thinks his life is pretty lame until he discovers something terrifying on a weekend camping trip at the local state park.

Monsters are real. And living in his backyard.

But that’s not the half of it. After Matt is forced to kill a strange creature to save his uncle, he finds out that the weird knife he took from his uncle’s bag has a secret, one that will change Matt’s life. The knife was designed with one purpose: to hunt monsters. And it’s chosen Matt as its wielder.

Now Matt’s part of a world he didn’t know existed, working with a covert military unit dedicated to eliminating walking nightmares. Faced with a prophecy about a looming dark war, Matt soon realizes his upcoming Algebra test is the least of his worries.

His new double life leaves Matt wondering which is tougher: hunting monsters or asking Ella Mitchell for a date?

One Reviewer Notes
“A fast-paced, self-pubbed action novel with funny asides that the 12+ crowd will really enjoy – even those who might not really love reading.” — Tanita Davis, Guys Lit Wire