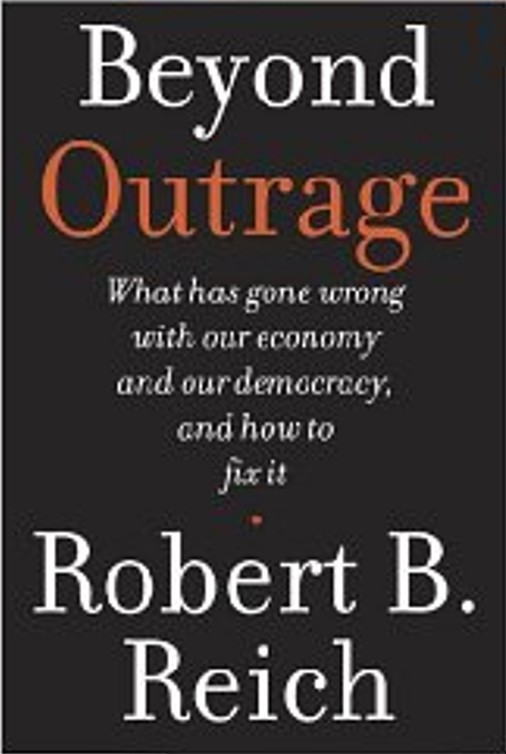 There are some great new Kindle Singles out this month. Among them:

Beyond Outrage: What has gone wrong with our economy and our democracy, and how to fix it, by Robert B. Reich.  This Single is priced at $2.99 and has an average review rating of 4.5/5 stars.

In this arresting, violent, and largely domestic tale, teenage pianist Haley Brandon heads up a cast of seemingly wistful characters, their lives bandied about by vague circumstance and a hard-headed, power-addicted tyrant. In true Vonnegut style, the milquetoast often turns out to be the determinant agent in a world dominated by the willful (to put it nicely), and in this, longtime Vonnegut fans will find much that’s familiarly satisfying. Passing fans of absurdist fiction, lovers of the novella in all its welcome restraint, and avid readers of Kindle Singles should all hail the arrival of the late, great Kurt Vonnegut to these ranks.

Pet lovers will want to give Anna David’s Animal Attraction a look. It’s priced at $1.99 and has an average review rating of 5/5 stars. From Amazon:

Anna David never expected to end up a crazy cat lady. A successful author (Party Girl, Bought, Reality Matters, Falling For Me) and dating expert for numerous television shows (including The Today Show, The CBS Morning Show and G4’s Attack of the Show), David had every reason to imagine that at this point in her life, she’d be sharing her bed with a man and not two four-legged furballs. In Animal Attraction, the author that The New York Post credits with creating the subgenre “Chick Lit With a Message” shares the unusual journey she took from fun-loving party gal to obsessive cat mom (with the Instagram photos and YouTube videos to prove it). The result is an uproarious, poignant, and painfully honest tribute that’s sure appeal to pet (and people) lovers everywhere.

Carolyn Nash’s suspense thriller The Trunk Key is also priced at $1.99, and has an average review rating of 5/5 stars. From Amazon:

Sometimes our fate hinges on a single moment, a split-second decision that changes the course of our life irrevocably. In her debut novella The Trunk Key, Carolyn Nash pinpoints such a moment and weaves the fast-moving story of suspense that follows. It opens on a scene of quotidian suburban life: middle-aged Jennifer Canfield’s harried morning visit to “Donut World.” But on her drive, Jennifer’s day ends up swerving in an unforeseen direction, and ends up on a terrifying chase that leads from the wide boulevards of town to the dusty, empty outskirts of the Central Valley. Along the highways and dirt roads, California’s sloping, sun-drenched hills form such a vivid and persistent presence they seem a protective force against the enemies that Jennifer will be forced to battle–both outside of and inside of herself–before the day is out. It’s rare that a newcomer to the suspense genre appears so fully formed, showcasing characters so rich and complex. At heart, the real journey Jennifer takes here is psychological, and her quiet yet significant triumphs will keep readers with her until the very last word. —Simone Gorrindo

Every one of these Singles has the Look Inside feature enabled, so you can try before you buy.