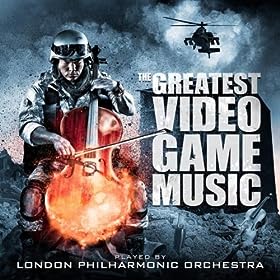 The very popular London Philharmonic’s The Greatest Video Game Music is a must-have for gamers, and carries an average review rating of 4.5/5 across 83 reviews ($4.99).

If you’ve enjoyed Kimbra’s guest vocal on Gotye’s hit single, Somebody That I Used To Know, check out her Settle Down EP + video for $3.99.

Looking to add some Greatest Hits essentials? Try Boyz II Men’s Twenty at $3.99, Greatest Hits by Al Green at $3.99, or The Fifty Greatest Pieces of Classical Music performed by the London Philharmonic for $4.99 — that’s 50 tracks for less than 10 cents each!

Finally, if you’re a fan of old-school country, bluegrass or Appalachian music, you won’t want to miss the Lost Highway 10th Anniversary Sampler at $4.52. It includes I Am A Man of Constant Sorrow, the song made famous by the Coen Brothers film O Brother, Where Art Thou?, as well as tracks from Willy Nelson, Johnny Cash, Lyle Lovett, Lucinda Williams and Ryan Adams.