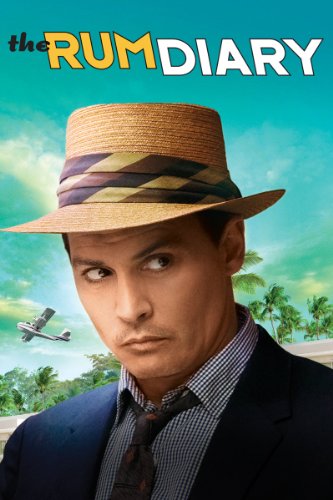 Looking for an alternative to all the playoff sports programming on TV? Tired of the re-run doldrums on your favorite shows? An Instant Video movie night may be just the ticket for you.

Today only, Amazon is offering the Instant Video rental of The Rum Diary for 99 cents. From Amazon:

Based on the novel by Hunter S. Thompson, THE RUM DIARY, follows journalist Paul Kemp (Johnny Depp) on an alcohol-fueled journey across the island of Puerto Rico where he finds himself caught between a shady American businessman, a beautiful woman, and several bottles of booze.

Like the work of Hunter S. Thompson, this film divides critics and audiences: it’s one of those films people either seem to love or hate. Over on Rotten Tomatoes, critics from Urban Cinephile and At The Movies (Australia) lavish praise on the film:

It’s been so fabulously written, wonderfully acted; Depp is no stranger to representing the essence of Thompson and he’s brilliant.

…engaging and entertaining, at times deadly serious in its own way, with lots to say…a satisfying and often funny telling of a great true story…

On the other side of the fence, James Berardinelli of Reel Reviews says:

There are times when the story behind the making of a film is more interesting than the finished product. This is one of those occasions.

This is a rambling, shambling, period piece that never quite comes together.

But love it or hate it, everyone who’s seen the film seems to agree that if you’re a fan of Hunter S. Thompson or Johnny Depp, you’ll probably enjoy The Rum Diary quite a lot. And at 99 cents, it’ll cost you virtually nothing to put it to the fifteen minute test and find out!