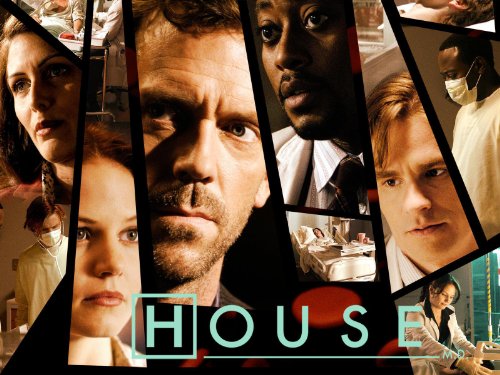 The wonderful medical drama, House, is now in its eighth, and final, season. Whether you’ve yet to enjoy this well-acted ensemble show or want to re-screen some favorite episodes, Amazon Instant Video can bring any or every episode to your Kindle Fire.

As abrasive, self-centered and mocking as House can be, he’s still the go-to internist to solve the cases that have stumped every other expert. And he’s always on the lookout for the most baffling and bizarre symptom sets. Amazon describes the show, and the character, this way:

Before House, the British Laurie was best known as a comic actor and musician in the British TV series A Bit of Fry and Laurie (co-starring Stephen Fry, and currently free to Prime members). He’s also been one of the funnier and more memorable Saturday Night Live hosts in recent memory.

Yet Laurie does an amazingly believable American accent in his role as the father in Stuart Little, and if anything, sounds even more naturally American in House.

The series co-stars Lisa Edelstein as House‘s long-suffering boss and sometime girlfriend Dr. Cuddy, as well as Robert Sean Leonard as the oncologist who’s as compassionate as House can be cold. Individual episodes can be purchased for $1.99 each, and entire seasons (22-23 episodes) vary from $34.99-$36.99.