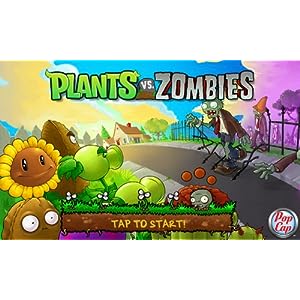 Since its launch one year ago, Amazon Appstore customers have bought millions of apps and games for Kindle Fire and other Android-based devices

Amazon Appstore for Android is celebrating its first birthday with a week of deals on some of its customers’ favorite apps and games, including iconic titles such as Fruit Ninja, Wolfram Alpha, Splashtop Remote Desktop, Dr. Seuss’s The Shape of Me and Other Stuff, TuneIn Radio Pro, TETRIS, PAC-MAN, The Lost City, MONOPOLY, AccuWeather Platinum and Jamie Oliver’s 20 Minute Meals. Birthday deals start today with one of the top paid apps, Plants vs. Zombies, at 67 percent off.

Tomorrow, Amazon will announce two more app deals. On day three, three more new app deals will be revealed and so on for the remainder of the  week-long celebration. Also starting today, the Amazon Appstore kicks off its Amazon Appstore for Android Birthday Giveaway and will award a Kindle Fire to eight lucky winners who enter the sweepstakes by March 31.* For more information and for all birthday deals visit www.amazon.com/appstorebirthday.

“Customers have used the Amazon Appstore to test drive and buy millions of apps and games for their Kindle Fire and other Android devices in the first year alone,” saidAaron Rubenson, director of Amazon Appstore for Android. “To thank customers for shopping with us, we worked closely with our developers to offer special discounts on some of the most popular apps all week long.”

Customers can use Amazon’s Test Drive feature to test out apps before buying. Once they download an app they can use it across multiple      devices, including Kindle Fire, giving developers a new platform for reaching customers.

“We know how important discovery and monetization are for app developers,” said Rubenson. “Our investment in personalization technology helps customers find the best apps for their needs. And, our 1-Click technology makes it trivially easy to purchase apps with one click.”

“It’s been an exciting first year in the Amazon Appstore and we look forward to many more,” said Andrew Stein, director of Global Mobile      Business and Products at PopCap Games, Inc. “All of our games, including the megahit Plants vs. Zombies, have done extremely well in the Amazon Appstore, for both Kindle Fire and other Android devices; it’s a testament to the great Amazon Appstore shopping experience resulting from its user-friendly design and comprehensive catalog.”