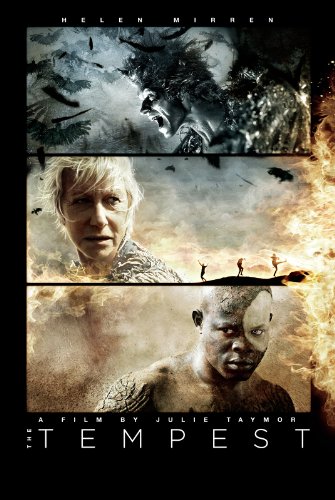 Director Julie Taymor came to film from the stage, where she directed a number of classic operas before helming the Broadway production of The Lion King, for which she also designed most of the puppets, masks and costumes, to rave reviews and numerous awards.

Her film resume is eclectic, and while her films haven’t always won the same raves as her stage work, detractors and admirers alike seem to agree her choices are never safe or boring, and her visuals are powerful.

Her first major feature film was an adaptation of Shakespeare’s dark, lesser-known Titus Andronicus. Featuring Anthony Hopkins in the leading role, and with luminary supporting talents Jessica Lange, Alan Cumming and Jonathan Rhys-Meyers (who later went on to embody Henry VIII in The Tudors), Taymor’s Titus is a gorgeous, breathtaking, and at times disturbing film of a play that’s considered by most Shakespeare scholars to be among his blackest and most violent. Taymor heightens the already towering drama of Titus with imagery and pageantry borrowed from sources as diverse as WWII and ancient Greece. The performances are uniformly excellent as well, making this a must-see for Shakespeare fans.

A biography of artist Frida Kahlo, Frida, was next for Taymor. The film, which was nominated for six Academy Awards and won two, stars Salma Hayek in the title role, with Antonio Banderas and Alfred Molina in supporting roles.  IMDB describes the film as, “A biography of artist Frida Kahlo, who channeled the pain of a crippling injury and her tempestuous marriage into her work.” Critics and filmgoers alike have given the film high marks, and it carries an average rating of 4.5/5 stars across over 200 reviews on Amazon. 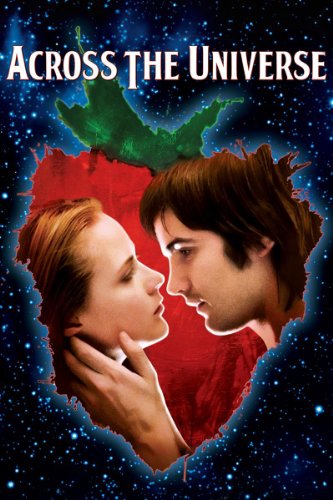 Taymor shifted gears to take on the Beatles’ music in her colorful, imaginative, playful and exhilarating Across The Universe. In this musical, the Beatles’ songbook is used to tell the story of Jude and Lucy, a young couple struggling to come together and stay together against the backdrop of the Vietnam War era. The cast boasts no ‘brand name’ superstars in primary roles, but there are surprising and amusing cameos from Joe Cocker, Eddie Izzard and Bono. This preview trailer should give you some idea of the innovative and transporting Across The Universe:

More recently, Taymor has returned to The Bard for source material. Her award-winning 2010 release of The Tempest is now available on DVD, Blu-Ray and for digital download. Like all of Taymor’s work, this film includes unforgettable visuals, and a painterly, collage-like approach in conveying complex emotions. Helen Mirren takes on the starring role of Prospera, a part traditionally given to men (under the character name Prospero). Having been robbed of her worldly wealth and station by court schemers, the learned magician Prospera is banished to a remote island to live out the rest of her days in isolation with her daughter. Prospera taps the assistance of Ariel (Ben Whishaw), a helpful spirit of light, and Caliban (Djimon Hounsou), a darker entity whose assistance is given only grudgingly.

Taymor was originally slated to direct the Broadway show, Spiderman: Turn Off The Dark (featuring music written by Bono and The Edge, of U2), but left the show following a series of pre-production snafus. The troubled production has become somewhat notorious for its budget overruns, musical chairs of casting, and major overhauls following lukewarm preview showings, but ultimately opened to strong ticket sales and generally positive critical reviews.