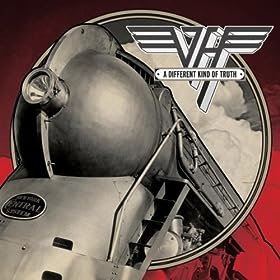 Original frontman David Lee Roth hasn’t been a part of Van Halen in a very long time, and his absence has been sorely felt by many fans. Whether due to “creative differences”, clashing egos or something else, the feud between Roth and Eddie Van Halen has raged off and on for over two decades. Scripps News has an excellent timeline, dating all the way back to when Roth first auditioned for Eddie Van Halen’s early band, Mammoth.

Yet somehow, the two have managed to put the past behind them long enough to collaborate with the rest of the band on a new album, A Different Kind of Truth, and a tour. According to a review on nj.com, the old magic is back onstage:

NEW YORK — A grinning David Lee Roth stood at center stage at Madison Square Garden, his red handkerchief aflutter. He was the matador and guitarist Eddie Van Halen was the raging bull. Moments later, he was peering over Eddie’s shoulder as if he were a schoolroom cheat and the answers to the science test were printed on Van Halen’s fretboard. Then he spun away, hands in the air, as proud as a parent with a prize-winning son.

Roth perfected this dance in the early ’80s. For almost a quarter-century, he didn’t get to do it: He left Van Halen for a solo career in 1985 and the group carried on without him. But he is now back, and the latest Van Halen tour, timed to support “A Different Kind of Truth” — the band’s first album with Roth in decades — is suffused with the joy of a thing put right. Diamond Dave is back where he belongs, and when he asked the capacity crowd to exercise some selective amnesia, they were happy to comply.

And if you’re wondering whether or not the old magic is back in the music as well, Amazon is making it very easy for you to decide by pricing A Different Kind of Truth at just $2.99 for the digital download. This is NOT a download of the single, it’s the entire album! You can preview and purchase the album here.