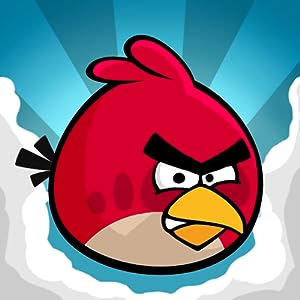 Stop feeling guilty about those stolen minutes spent playing Angry Birds, Words With Friends and Fruit Ninja on your Kindle Fire. You’re not just having fun; according to a new Archives of Neurology study, you’re giving your brain a workout that may be helping you avoid Alzheimer’s and improve your gray matter’s overall functioning with higher thought processes. From Mobiledia:

Games like “Angry Birds” can strengthen mental acuity and possibly ward off Alzheimer’s disease, according to a study by the Archives of Neurology, contrasting the notion that games may rot the brain.

The study acknowledges playing Angry Birds and other smartphone games can help prevent the growth of the protein amyloid, thought to hasten and cause dementia, Alzheimer’s, and other conditions associated with memory loss.

This new study indicates that games need not be specially designed for education to promote healthy brain function, particularly among the elderly population.

“There was no emphasis on what games were played, but just at what age and how often people were participating in brain stimulating activities, including reading, writing, and games,” said Dr. Susan Landau on the study.

She emphasizes the value of smartphone and tablet games, equating their effectiveness to rattling off Shakespearean monologues or engaging in a strenuous game of chess.

Read the full article here, and try to fit a little gaming — that is, brain building! — into each day.